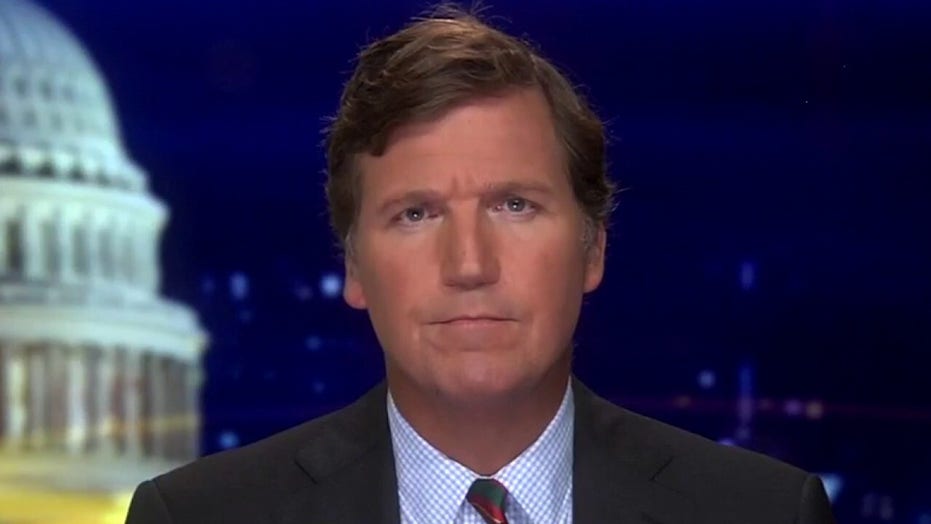 Tucker Carlson began Monday's edition of "Tucker Carlson Tonight" by playing a video clip posted by Dr. Daniel Erickson of Bakersfield, Calif., in which Erickson gave his analysis of the coronavirus pandemic and called for an end to shelter-in-place orders around the U.S.

"These are serious people who've done this for a living for decades. They have in their hands the largest currently available data sets on this question," Carlson said. "And the question they're asking after analyzing all of those numbers [is] 'Are the lockdowns worth it?' So what is the answer to that?

"What's so striking is that so many politicians, the ones enforcing the lockdowns, don't seem at all interested in asking it," Carlson added. "Instead, they're bullying forward as if nothing has changed."

Carlson gave his views on the effect of the lockdown orders on controlling the spread of the pandemic.

"Remember what they first told us back in February and March? They said we have to take radical steps in order to 'flatten the curve.' Well, six weeks later, we're happy to say that curve has been flattened, but it's likely not because of the lockdown," Carlson said. "The virus just isn't nearly as deadly as we thought it was."

The host also mentioned the negative impact of the lockdown on hospitals around America.

"The result of this policy? In many hospitals, entire floors have been mothballed. Doctors and nurses are being furloughed in the middle of a pandemic," Carlson said. "This is insanity. It weakens our health care system. Its effects will last for many years. That's all from the lockdown."

Carlson cited the SARS virus as a reason why Americans can not wait for a vaccine for the economy to reopen.

"We spent millions of dollars and more than a decade trying to find a vaccine for the SARS virus. Scientists never developed one. That's a shame. But did we hold life in the United States in response?" Carlson said. "We didn't. In fact, you may not even remember that any of that happened."

"The striking thing is, the science has not changed that much since then," Carlson added. "Unfortunately, American politics have changed a lot. And that's the difference."