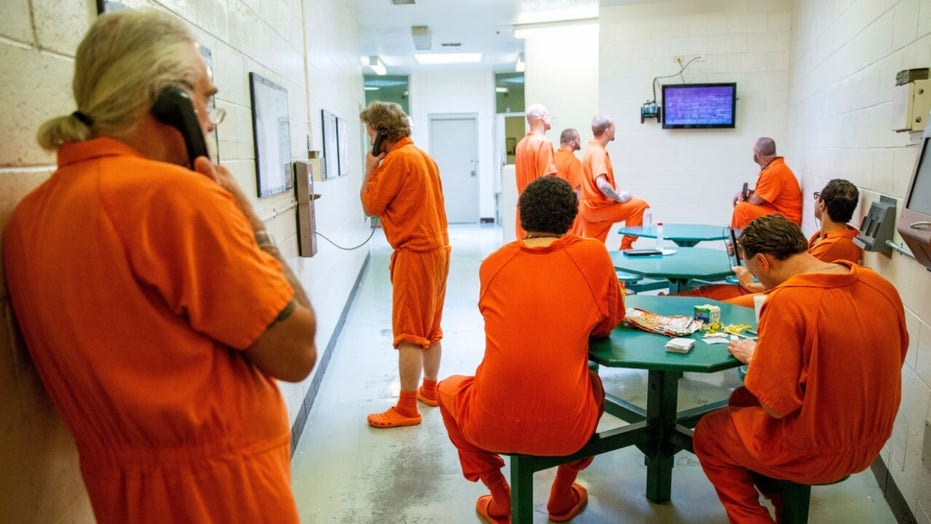 Tucker Carlson Wednesday addressed reports that some cities are reducing their crime enforcement efforts as the coronavirus pandemic grips the country, blasting those he said were showing more compassion to criminals than to regular Americans.

"Americans are living in a less secure world, they're feeling economically vulnerable ... They're uncertain of what's going to happen in the very near future in any crisis like this," Carlson said on "Tucker Carlson Tonight." "It's important that leaders help the public feel safe, secure and confident ... Those daily briefings from the president have been helping, I think, in that way. But in some parts of the country, the authorities are doing just the opposite."

Los Angeles County jails have reduced the inmate population by more than 600 and authorities are cutting down on how many people are booked into custody in an effort to prevent the coronavirus from spreading within the facilities.

Congresswoman Ayanna Pressley, D-Mass., has called for the federal government to commute the sentences of criminals due to the coronavirus.

"I think now would be the time to commute some sentences to exact clemency and to take care of our most vulnerable," Pressley said on MSNBC. "Ten percent of those that are incarcerated [are] over the age of 60 and already have an underlying condition. We should be using compassionate release."

"Notice there's no compassion for the normal people huddled in their homes, sitting there as thousands of criminals are released onto the streets," Carlson said in response to Pressly. "Nobody cares about them. She doesn't."

Carlson ripped the reduced effort to fight crime, saying it was a "recipe for chaos."

"That's why across the country, gun sales have surged in the first half of the month. It's rational if the police announce they're not going to protect you, they're not going to do their jobs because the politicians controlling them won't allow them," Carlson said. "And then they're releasing criminals back into your neighborhood. What does that mean? It means it falls on you to protect yourself and your family. But you knew that."