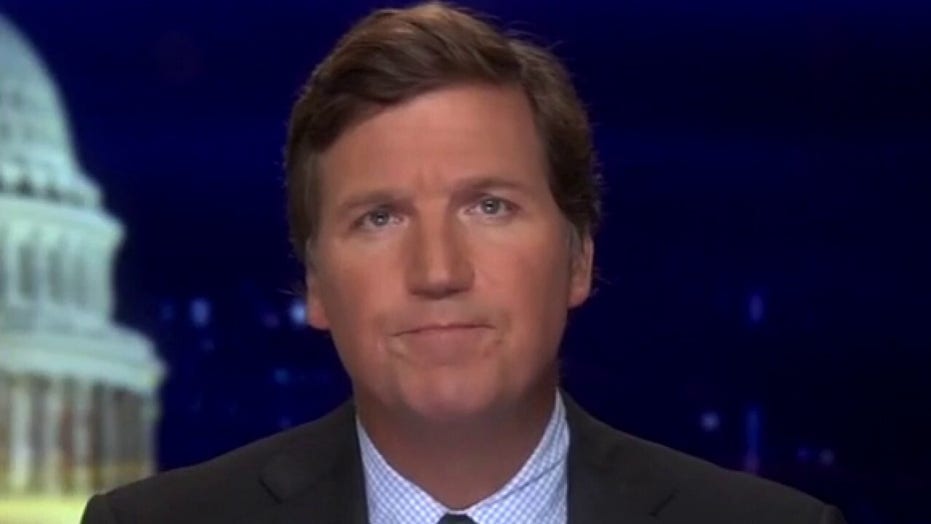 Tucker: How long will the lockdowns last?

The arguments for a prolonged national lockdown are starting to sound strained.

Tucker Carlson Monday questioned the logic and effectiveness of the ongoing restrictions across America in fighting the coronavirus pandemic.

"We have a pretty good idea that targeted quarantines work. They've been used for centuries around the world, but that's not what we did. Instead, the United States and many other countries instituted mass quarantines in which governments shut down entire nations for long periods. That's never happened before," the "Tucker Carlson Tonight" host said Monday.

"Now, mass quarantine makes sense if you're fairly certain it will prevent mass infection. But are we certain of that? Well, despite what you might hear on television, we are not certain of that still. In fact, there's some indications it hasn't been as effective as we'd hoped it would be."

Carlson explained that despite the far-reaching nature of many states' restrictions, Americans are not living under strict quarantine. He specifically called out the logic allowing people out of their homes to go grocery shopping.

"The one place you can go is the supermarket. By the way, everyone else in your neighborhood has been this week. From an epidemiological standpoint, this is lunacy," Carlson said. "If you wanted to infect an entire population, you'd encourage everyone in a specific zip code to meet regularly in one enclosed location. It doesn't make sense."

The host then asked why offices are more "dangerous" than supermarkets and noted the economic damage caused by the current lockdown.

"We've decided that offices are somehow more dangerous than supermarkets, far more dangerous. No one has today bothered to explain ... this," Carlson said. "A year from now, and we should think about this, how will all of us feel about the decisions we've made in the face of this pandemic? Is there a single person who sincerely expects the coronavirus itself will hurt more people in the end than the damage we're causing in our response to it? Probably not."

Carlson emphasized he did not want to minimize the danger of the pandemic, but called for health officials to provide clear and detailed explanations of their thinking.

"No thoughtful person wants to reopen baseball stadiums tomorrow or book a cruise to Shanghai, but there has to be a more balanced course than the one we are on now," Carlson said. "For most people, going to work cannot be more dangerous than buying produce at Safeway twice a week. And if it is more dangerous, tell it. Tell us how it is more dangerous and be specific when you describe that."

"Otherwise, it's time to start caring about the entire population. Healthy people are suffering badly, too," Carlson added.