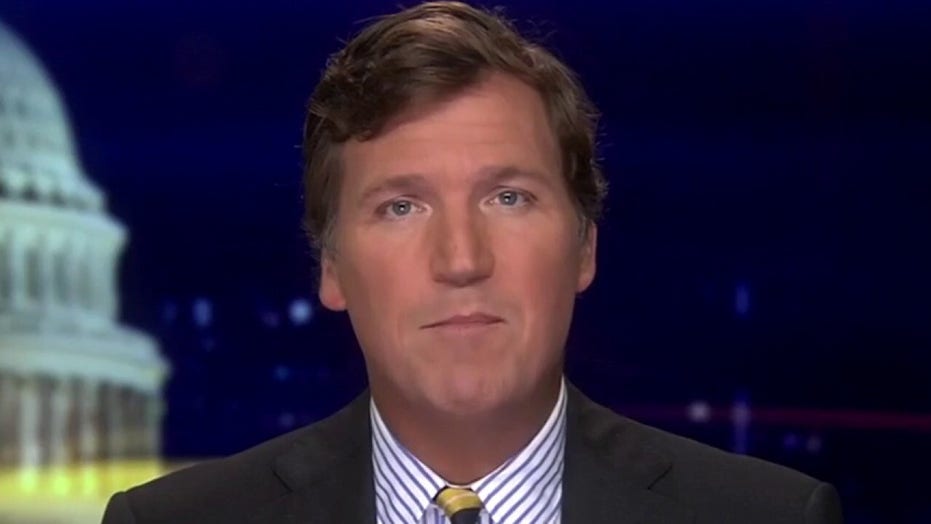 Never in American history have politicians been more powerful than they are now.

Tucker Carlson continued to criticize coronavirus-induced lockdowns across America Friday night, reacting to actions across the country by authorities he believes are overreaching their legal boundaries.

The "Tucker Carlson Tonight" host began by noting an incident in Wisconsin where law enforcement was called on a family who allowed their daughter to play outside, with police saying they believed they had "the right" to confront the mother.

"The question is, where exactly did they get that right?" Carlson asked. "That's a good question. A question that we are strongly discouraged from asking. The short answer is governors told them they could. Never in American history have politicians been more powerful than they are now. Effectively, they are gods.

"In the state of Maine, for example, Governor Janet Mills now has the power to suspend any law she doesn't like. She can seize any state resource she feels like seizing," Carlson continued. "She can force any citizen or all citizens from their home. She can do all of this for as long as she wants, as long as she believes Maine is in a state of emergency. In fact, there's virtually nothing that Janet Mills can't now do. Many governors now have these powers."

The host also voiced his concerns for the freedoms lost during this time, in particular the impact on religion and the media's failure to report on it.

"Last month, Christians across the country were legally prohibited from celebrating Easter in their own churches," Carlson said. "The national media barely noted it. How exactly is this happening?"

Carlson also seemed to take a veiled shot at White House coronavirus task force member Dr. Anthony Fauci -- the director of the National Institute of Allergy and Infectious Diseases -- for his role in the pandemic response.

"How [...] did politicians get the authority to do this?" Carlson said. "Because some elderly power-drunk epidemiologist told them to do it. That's not how our system works. It can't work that way."