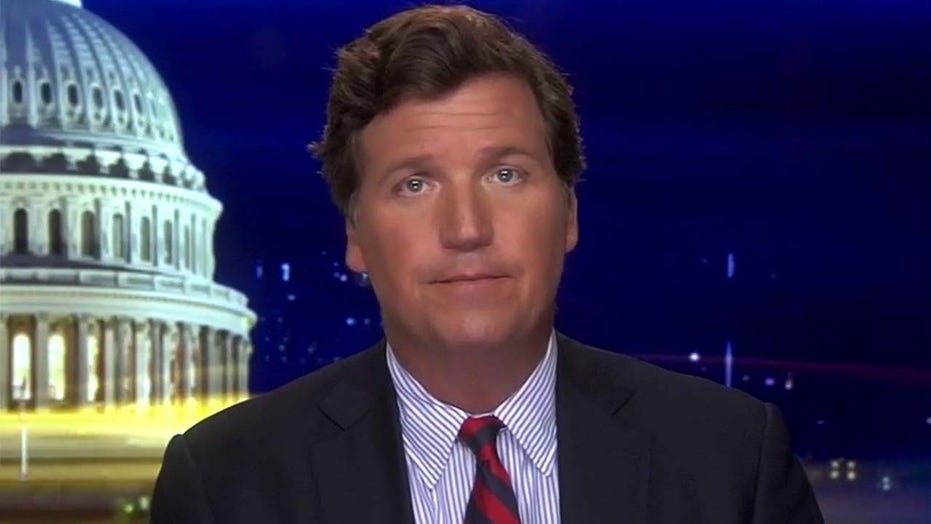 Outbreak has spread from Wuhan, China throughout Europe.

Tucker Carlson tackled the seriousness of the rising coronavirus crisis Monday, criticizing the mainstream media's coverage of the outbreak.

"For weeks, the media told you it was wrong to worry about the coronavirus, a mysterious, highly communicable lethal disease spreading rapidly around the world ... " Carlson said on "Tucker Carlson Tonight." "If you think maybe we ought to take some steps to protect ourselves from it, then you're a bigot."

Carlson was referencing the critics and journalists who argued that concern over the virus, which originated in China, had racially biased connotations.

"Countless publications wagged their fingers in the face of readers and told them it was irrational, probably immoral, in fact, to worry more about the coronavirus than the annual flu," Carlson said. "Identity politics trumped public health and not for the first time. Wokeness is a cult. They let you die before they admitted that diversity is not our strength."

The host highlighted how the coronavirus has spread and impacted other countries around the world.

"What began as a regional outbreak in the city of Wuhan, China, is now spreading across Europe. Parts of Italy are shut down tonight. Catholic services and, in some places, funerals have been suspended indefinitely," Carlson said. "South Korea has confirmed close to a thousand cases of the disease so far. Japan is reporting infections at the same level. The virus has even been reported in Iran."

Carlson even informed viewers that an outbreak was possible inside the United States.

"On Friday, the Centers for Disease Control warned that it is, 'possible, even likely' that America will have a general coronavirus outbreak as well," Carlson said. "Officials in our country have reported about three dozen cases of the virus in the U.S. so far. But that's a misleading number. The truth is, we have no real idea how many Americans are infected. Why? Here's why. As of yesterday, only three public health labs in the entire country were properly equipped to detect the virus."

"Fewer than 500 people in America have even been tested for coronavirus out of a population of 327 million," Carlson added. "Keep in mind that 5.5 million people ride the New York City subway every day."

"Worried yet?" Carlson asked his audience. "This could be serious."