Former president of the United States joins 'The Ingraham Angle' for an exclusive interview.

Former President Trump joined "The Ingraham Angle" in an exclusive interview Thursday night to respond to the first news conference of President Biden's term, held earlier in the day.

Many of Trump's remarks had to do with Biden's policies regarding the U.S.-Mexico border.

Host Laura Ingraham played for Trump a video clip of Biden appearing to accuse Trump of leaving migrant children to "starve to death" on the Mexican side of the border.

"When an unaccompanied child ends up at the border, we [aren't] going to let them starve to death and stay on the other side -- No previous administration did that either, except Trump. I'm not going to do it," Biden told reporters. 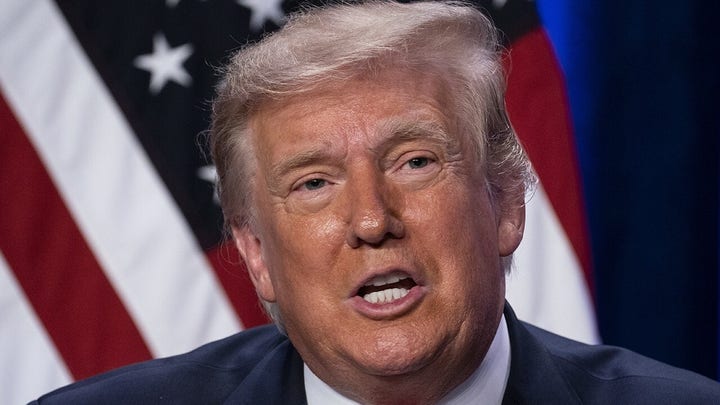 The remarks drew a sharp reaction from Trump.

"First of all, it's just the opposite," Trump said. "By the time we finished what we were doing [on the border], very few people were coming up because they knew they weren't going to get through. We stopped 'catch and release' -- which was a disaster.

"The very biggest thing was, we had the Remain In Mexico policy, and that means that we wouldn't allow people to wait in our country until they were totally checked out, which most of them didn't get checked out, and they would go back to their own country."

"If young kids were with parents, but a lot of times, they weren't, and we would take care of them, but ... what they are doing now is outrageous. And they should finish the wall."

The conversation then turned to matters in the nation's capital. Trump accused the Democratic majority in Washington of "destroy[ing] our country."

"They can't be allowed to destroy our country, and at the southern border, they are destroying our country, and gasoline prices are going up. We are energy-independent. I created that," he said.

"But in another couple of months, we won't be, and take a look at what is happening to the price of gasoline. It's [increased] over a dollar, that is like a big tax increase to people. That is the same thing, equivalent, and even greater than a big tax increase. It's terrible."

Later in the interview, Trump ripped the Biden White House for what he called an "absolute embarrassment" in Anchorage, Alaska, last week.

Ingraham noted to Trump that Yang lectured Blinken on perceived American shortcomings like the unrest seen across the nation and the prevalence of Black Lives Matter.

"Did the Chinese ever lecture you or your people about America's racism problem?" she asked. 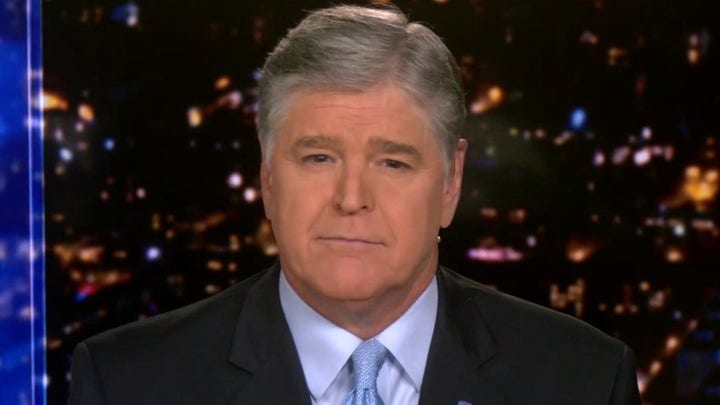 "We never had anything like that happen. ... That was an absolute embarrassment to our country. I could not believe it," Trump fumed.

"If they did, I would have doubled up the tariffs -- which, frankly, were something we probably should have done, anyway. I took in billions and billions of dollars from China. We were bringing businesses back. It was really going well. And China respected us. They never spoke to us the way they spoke [to Biden's team]."

"I took in billions and billions of dollars from China. We were bringing businesses back. It was really going well. And China respected us."

Later in the interview, Ingraham asked Trump about the uptick in minority voters' support for the GOP ticket in 2020, noting that a friend of hers remarked he'd "never seen a Republican work harder for minority votes -- yet they trash him as a racist." 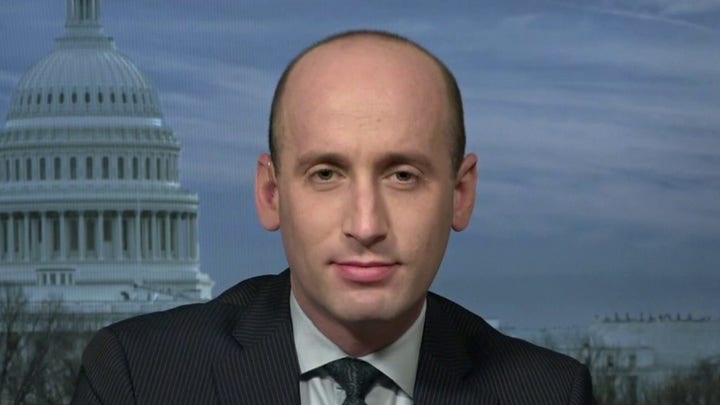 "I did criminal justice reform, which Obama and Biden could not get done. They failed miserably. I did Opportunity Zones, and I created the best unemployment numbers in the history," Trump responded.

The former president argued that when Biden or a Democrat is faced with an issue or question they can not respond to proficiently, "they throw out the race card."

"When they can't get you on something, they throw out the race card. It's a different world right now. We did things that nobody thought could be done: Criminal justice reform was a very, very big thing, and I guess Biden tried. I know Obama tried. They couldn't get anywhere. I got it done."

Returning to Biden's news conference, Trump remarked that his successor received "strange questions" from the reporters he called on.

"[The questions] were asked in a very interesting way. It was like softballs; like you are throwing softballs up, and it is just a different world," he remarked.

Trump said he did not see a "Jim Acosta"-type reporter questioning Biden -- a reference to CNN's chief domestic correspondent, who as the network's chief White House correspondent often interrupted and clashed with Trump.

"They don't have that," he said. "And if Jim Acosta were there, he would ask very soft questions, it would be a whole different thing."

"I noticed [Fox News'] Peter Doocy didn't get to ask a question today. And there can be no difficult questions, and [White House aides] are ready to rip the microphone away if somebody did get a little bit testy," he continued.

"I noticed [Fox News'] Peter Doocy didn't get to ask a question today."

Trump also reacted to an NBC News report that the Department of Homeland Security was moving toward countering "domestic violent extremism," which includes surveilling social media, according to Ingraham.

"Mr. President, [Biden's] DHS is going after people who may be your supporters, who they believe are 'domestic extremists' because they say things like, 'Let's take back our government.' Are you concerned about that?" the host asked.

Trump said the true concern should be Antifa and Black Lives Matter, pointing to nearly a year of violent attacks outside the Mark O. Hatfield Federal Courthouse in Portland, Oregon.

'The streets of Portland'

The former president remarked that Portland Mayor Ted Wheeler, who he referred to as a "radical left" Democrat, "can't take it anymore."

"[Wheeler] actually said he can't take it anymore. You have to see what the streets of Portland look like. They have been burning the city down, and nobody does anything about it, and they don't go after those people," Trump lamented.

"But they go after people -- I guess you would call them leaning toward the right," he said.

Trump voiced concern that the government could potentially surveil people who "wave American flags [and] love our country," if his perception of the DHS report is true.

"They don't go after Antifa, who kill people, by the way; who burn down our cities. Look at what they did to Seattle. They took over a big parcel of land in Seattle -- and had I not got in the National Guard ready to go in... they just gave up the land."

"Had we not gotten the National Guard in there, you would not have Minneapolis anymore. It would have been burned down to the ground. Those are the ones you have to worry about," Trump said of the violence that erupted following the death of George Floyd.

Trump added that the newly constructed fence around the U.S. Capitol is also "disgraceful", remarking that the rioters of January 6 should not have illegally breached the building.

He went on to rip Acting District of Columbia U.S. Attorney Michael Sherwin for his appearance on CBS' "60 Minutes" program.

Sherwin was later rebuked by a judge for going on the long-running newsmagazine.

"I watch this gentleman on "60 minutes" the other night, it was horrible what he said," Trump said in response.

"I personally believe the evidence is trending towards that, and probably meets those elements," said Sherwin.