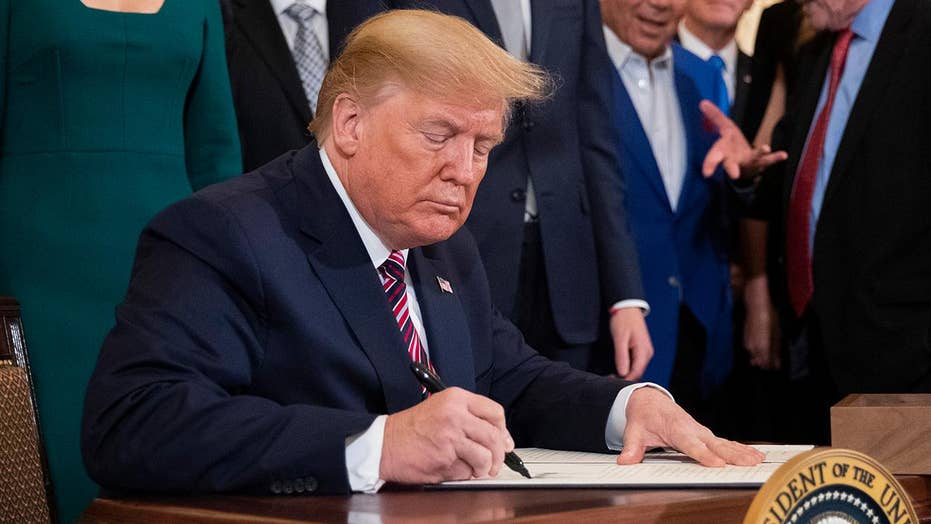 President Trump on Wednesday boasted the results of a new poll from a Jewish magazine showing him having strong support among Orthodox Jews.

AMI Magazine reported it polled more than 700 Orthodox Jews across 15 states and found that Trump had a whopping 89 percent approval rating while only five percent disapproved. Six percent were undecided.

Trump also polled favorably among Jewish-related issues. On fighting anti-Semitism, over 92 percent said Orthodox Jews trusted the president and Republicans over House Speaker Nancy Pelosi, D-Calif., and Democrats. When asked which president has "accomplished the most for the security of Israel," over 80 percent said it was Trump, followed by former Presidents Ronald Reagan and George W. Bush.

The poll utilized a combination of landlines and cellphones, according to the magazine.

"Why do Orthodox Jews support Trump? Ask 100 people and you will receive answers as diverse as Orthodox Jews themselves," AMI Magazine wrote.

This poll came on the same day that Trump signed an executive order aiming to cut federal funding to colleges and universities that failed to curb anti-Semitism.

Trump's new order is set to hit the Boycott, Divestment, and Sanctions (BDS) movement head-on. It invoked Title VI of the Civil Rights Act of 1964 to fight anti-Semitic rhetoric on college campuses and called on federally funded agencies to adopt the International Holocaust Remembrance Alliance definition of anti-Semitism in cases of discrimination.