Congressional Democrats are "unhinged" in their mission to remove President Trump from office and will stop at nothing to see their goal accomplished, said White House press secretary Stephanie Grisham, Tuesday on "Fox & Friends."

Grisham was asked about House impeachment manager Adam Schiff's, D-Calif., claim that Trump could give away Alaska to the Russians, in exchange for support in the upcoming presidential election.

"They are unhinged, they are so obsessed with taking this president down that they're now, again, making up crazy assertions on the [Senate] floor," she replied.

"The American people know, they're just unhinged. They want him out of office so badly but you look at Iowa last night and you look at the support that he has, they've got another five years with President Trump." 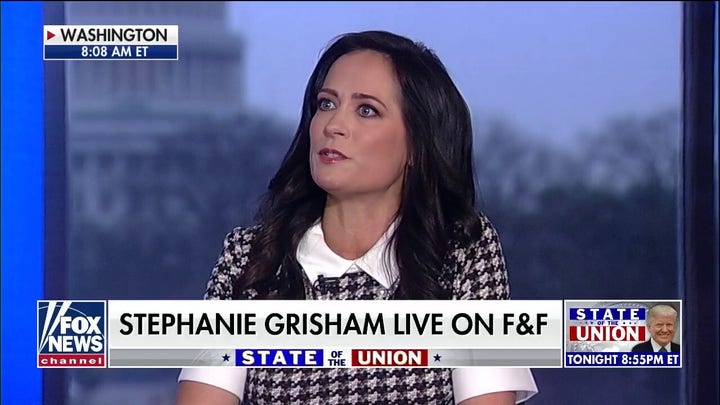 Grisham said despite the drama of the impeachment trial and the upcoming November election, Trump remains focused and is prepared to win reelection.

"I've been with him -- I was with him in Florida last weekend, it is amazing to me that he still is just focused on, 'What's next, guys, what's next?'" she said. "He's looking ahead already to next week and the work that has to be done."

Grisham also said the president will continue to reach across the aisle in an attempt to pass bipartisan legislation like prescription drug reform, despite the bitter division casting a shadow over Capitol Hill.

"I think that he will not stop trying," she added. "In the five years that I've known him, the more you go against him, the harder he works to make it work, So I do [beleive we can get something done]. I'm optimistic that some more can happen."