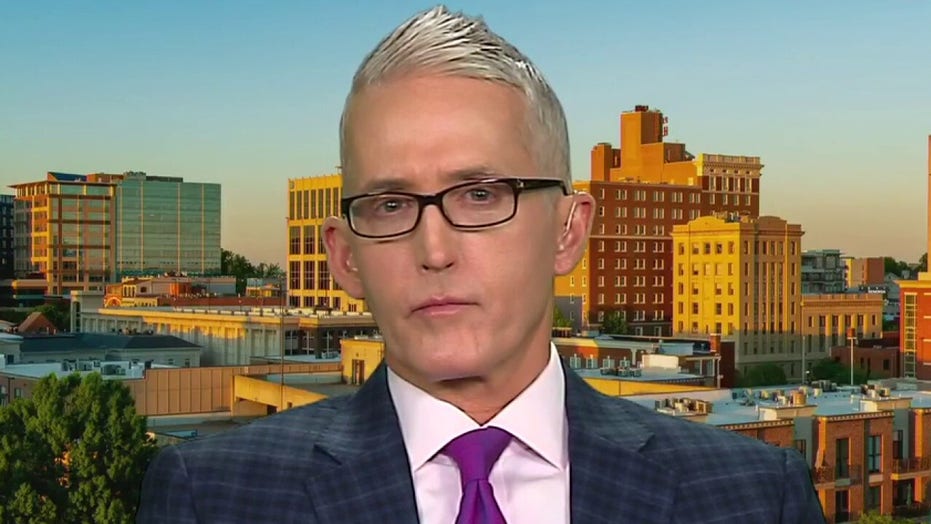 Gowdy explained to host Martha MacCallum that because Flynn initially pleaded guilty to a charge of making false statements to investigators and waived his right to a trial, the FBI did not have to turn over handwritten notes from officials that discussed their motivation for interviewing Flynn at the White House. Those notes were unsealed Wednesday.

FBI DISCUSSED INTERVIEWING FLYNN TO 'GET HIM TO LIE', HANDWRITTEN NOTES SHOW

Gowdy pointed out that then-Deputy Attorney General Sally Yates, a staunch critic of Trump, was reportedly "infuriated" when she found out how Comey had approached the investigation into Flynn.

"That's the Department of Justice," he said. "We don't care if you're an 'R' or a 'D' ... we're going to treat you the same, [but] Mueller's folks did not turn over those documents because they didn't think they had to."

Gowdy added that he hopes the investigation of Flynn has not been the FBI's "routine" practice in investigations.

"And if it is routine, then why didn't they apply the same standard that they did to Hillary Clinton that they did to Michael Flynn?" he asked, remarking that Clinton had a "medium-sized law firm in the room" when she was being interrogated while Flynn was reportedly advised by then FBI Deputy Director Andrew McCabe not to have an attorney present.