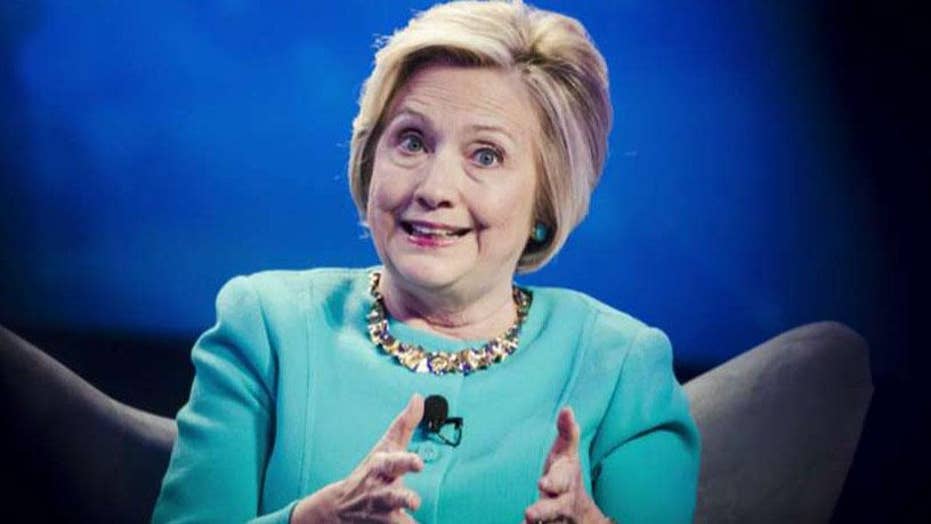 Clinton is 2020 front runner despite not running; reaction and analysis from 'The Five.'

The co-hosts of "The Five" could barely keep from laughing Tuesday as they reacted to a new poll showing Hillary Clinton as the front-runner in the 2020 Democratic presidential race.

"This is such foolishness, she is not in the race. This is a crazy poll," co-host Juan Williams said. "This is a right-wing fantasy."

"Yeah, I mean, if you have a book coming out this time of year and you're going to go on a book tour, then you definitely know what you're doing," Perino said.

Co-host Emily Compagno made the case that voters are always looking for a candidate that's not in the race.

"We saw this in 2015 with Biden. The grass is always greener with a candidate that's not actually in," Compagno said. "And I think she knew exactly what she was doing by going on Howard Stern, which is stirring up these rumors that she will run in 2020."

Co-host Greg Gutfeld weighed in saying that if Clinton does run, she will hand the nomination to Sen. Bernie Sanders, I-Vt.

"If she actually jumps into this race, Bernie will get the nomination because this is not going to happen a second time," Gutfeld said. "These folks [Sanders supporters] are going to get behind it. They're going to go crazy."