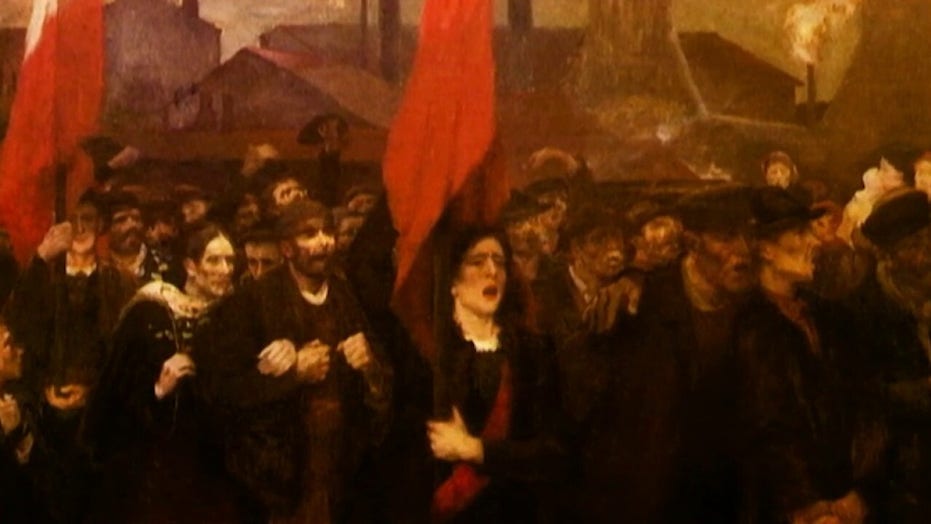 "Welcome to marx!" Teen Vogue tweeted early in the morning linking to a May 2018 piece titled, "Who Is Karl Marx: Meet the Anti-Capitalist Scholar."

"So how can teens learn the legacy of Marx’s ideas and how they’re relevant to the current political climate?" Corcione asked before detailing her conversations with two educators who teach their students about Marx's philosophy.

Corionce then invoked the 2018 teacher strikes that were taking in several states at the time, acknowledging they "aren’t necessarily Marxist movements" but stressed that "tensions between classes" were still on display.

"While you may not necessarily identify as a Marxist, socialist, or communist, you can still use Karl Marx’s ideas to use history and class struggles to better understand how the current sociopolitical climate in America came to be," Corcione wrote. "Instead of looking at President Donald Trump’s victory in November 2016 as a snapshot, we can turn to the bigger picture of what previous events lead us up to the current moment."

Teen Vogue was slammed on social media, many of them pointing out how a reported estimation of 100 million people have died under communist governments.

"It's all fun and games until you're sent to the Gulag, Teen Vogue," Ben Shapiro reacted.