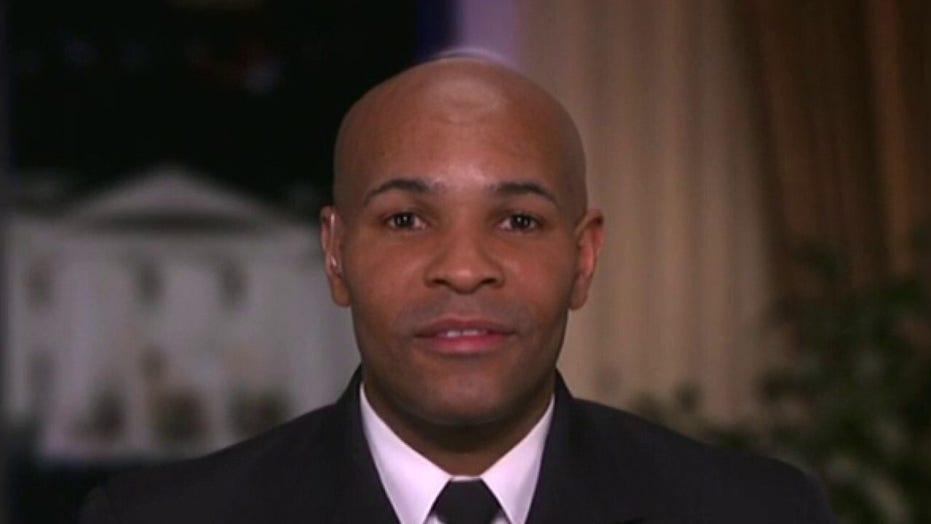 While heartened by Americans around the country practicing social distancing, we're still seeing far too many people doing the wrong things like playing basketball or out on beaches, says U.S. Surgeon General Dr. Jerome Adams, member of the White House coronavirus task force.

Surgeon General Jerome Adams said Wednesday that the president is trying to be optimistic for Americans with his Easter timeline and also asked those not taking the coronavirus seriously to understand there is a possibility America could reach a worst-case scenario if residents do not follow the guidelines.

"And we've said constantly that every place is going to have a different curve. So New York's going to have a different curve than Washington, than Boise, Idaho. And what the president, in my mind is doing is trying to help people understand that there is a light at the end of this tunnel. We will get through this," Adams said on "The Ingraham Angle."  "And as you mentioned earlier, we're seeing New York cases level off."

Adams reiterated there was "hope" that we have flattened the curve.

"We're seeing their hospitalizations start to level off. And when you look at China, when you look at South Korea, their curve was about two to two and a half months," Adams said. "So there is hope that if we continue to lead into the mitigation efforts and we're two-thirds of the way through this 15 days to stop the spread initiative, that we can flatten the curve and that we can get to the end of this more quickly."

Dr. Adams did warn that the worst-case scenario was still possible, saying to those not taking it seriously there is a chance the country could end up like Italy.

"I'm heartened by the people around the country who are doing the right thing, but we're still seeing far too many pictures of people out there doing the wrong things, "Adams said. "Playing basketball, out on beaches. We need America to understand that we still could be like Italy. We could be worse than Italy if we don't participate in these 15 days to stop the spread."

Adams expressed his hope that America would reach its goals with the virus.

"And I feel actually pretty good that if we continue to lean into this, we will actually flatten our curve even more," Adams said. "We'll start to come down and we won't reach those horrific projections."