Gov. Noem on refusing to impose lockdown on South Dakota

South Dakota Republican Gov. Kristi Noem praised the people of her state for working with her administration to both keep the coronavirus largely at bay, while preserving the state's economy and employment levels.

Noem told "The Ingraham Angle" that a dangerous way to potentially "lose the country" is for other state executives to "overstep" boundaries and restrict universal American freedoms in the name of virus mitigation.

"What works is washing your hands and making good decisions," she said, dismissing claims from Minneapolis Federal Reserve Chairman Neel Kashkari that another month's worth of lockdowns is best to mitigate the virus.

"I think what we are seeing there is encouraging leaders to make decisions where they will overstep their authorities and a time of crisis, and that's how we lose this country," she said.

Noem said South Dakota will be proud to host the annual Sturgis motorcycle rally -- which normally draws thousands to the state.

At least 250,000 people are anticipated to pass through Sturgis and cruise through the western portions of the state during this year's Aug. 7 to Aug. 16 rally, which is roughly half the number of people who normally attend. While South Dakota has seen just 165 deaths from the virus so far, some residents worry that the event could result in an uncontrolled spread of the virus amid a recent surge in cases.

She said that the event is an important economic driver, and added that she welcomes Americans to visit South Dakota and help the local economy.

"That is exactly what is happening -- we are allowing them to take control of our country in a way that we haven't seen before, so we need a few people to stand up, read our history, talk about the importance of our Constitution and the fact that these governors need to recognize that they need to uphold those freedoms that we hold so dear and don't know these people to take care of their families and make the right decisions and deal with this virus, much like we do every other challenge that comes our way and Americans tackle it together." 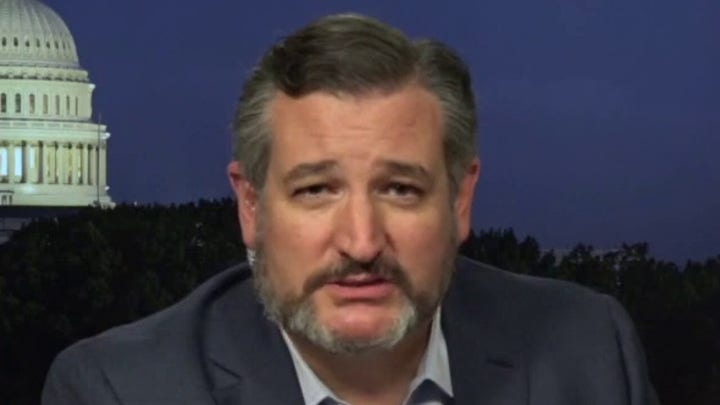 Host Laura Ingraham noted that South Dakota has a death rate that is 11 times lower than New York State, where Gov. Andrew Cuomo is under fire both for his draconian economic lockdown policies but also a health department's order that led to high numbers of deaths in state nursing homes.

She added that she wished leaders in the Northeast had as much prescience and consideration as Noem.

"The story and that needs to be told, is that I trusted my people, they trusted me, they took personal responsibility for dealing with this virus, and we are doing very well," Noem said.

"Not only do we have one of the lowest death rates, we've got about 40 people in the hospital today statewide, our infection rates are low, our job losses are low, our economy is doing better than virtually any other state, and I think it's a real testimony to what could have been possible in other states, but those governors just made the wrong decisions."

Noem noted her state did not record a spike, as the media feared, after President Trump hosted a large rally and fireworks show at Mount Rushmore to commemorate Independence Day.