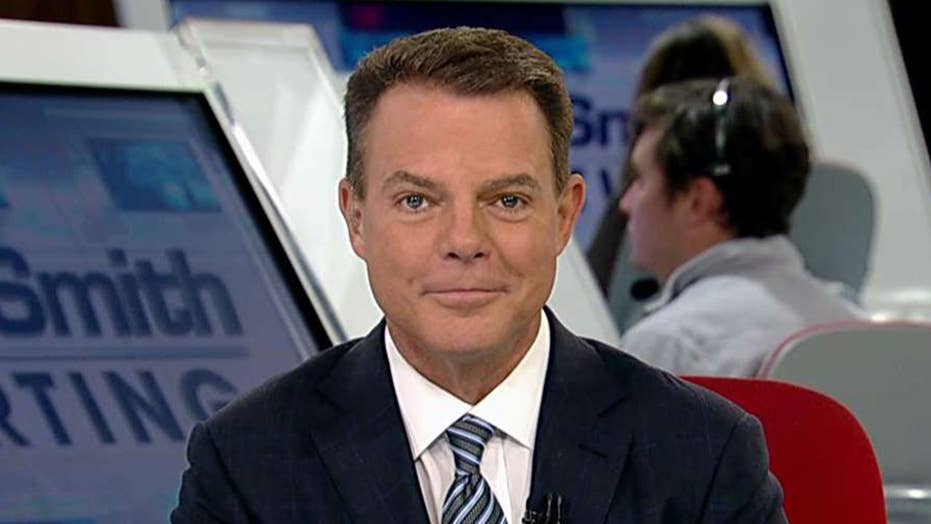 FOX News and Shepard Smith jointly announce that he will be stepping down from his role as chief news anchor and managing editor of the network's breaking news unit and anchor of 'Shepard Smith Reporting.'

Shepard Smith announced Friday that he will step down as Fox News Channel's chief news anchor and managing editor of the network's breaking news unit.

Smith’s final edition of his afternoon program “Shepard Smith Reporting” aired Friday and the network will use a rotating series of news anchors in the 3 p.m. ET timeslot on what will now be known as “Fox News Reporting.”

“Shep is one of the premier newscasters of his generation and his extraordinary body of work is among the finest journalism in the industry. His integrity and outstanding reporting from the field helped put FOX News on the map and there is simply no better breaking news anchor who has the ability to transport a viewer to a place of conflict, tragedy, despair or elation through his masterful delivery,” Fox News president and executive editor Jay Wallace said in a statement.

Smith was one of Fox News Channel’s original hires in 1996 and has covered nearly every major story for more than two decades.

“We are proud of the signature reporting and anchoring style he honed at FOX News, along with everything he accomplished here during his monumental 23-year tenure,” Wallace added. “While this day is especially difficult, as his former producer, we respect his decision and are deeply grateful for his immense contributions to the entire network.”

“Recently I asked the company to allow me to leave FOX News and begin a new chapter," Smith said in a statement. "After requesting that I stay, they graciously obliged. The opportunities afforded this guy from small-town Mississippi have been many. It’s been an honor and a privilege to report the news each day to our loyal audience in context and with perspective, without fear or favor. I’ve worked with the most talented, dedicated and focused professionals I know and I’m proud to have anchored their work each day -- I will deeply miss them,”

Prior to taking over the breaking news division with the advent of “Shepard Smith Reporting,” he anchored “The FOX Report” and “Studio B,” both of which ranked number one in their respective timeslots.

The cable news veteran offered an emotional goodbye to viewers as he signed off for the final time, echoing his official statement.

“A personal moment now: gathering and reporting the news has been my life’s work. 33 years, the past 23 right here, since the day we launched Fox News Channel in 1996,” Smith said. “The opportunities afforded this guy from small-town Mississippi have been many. Fox News has allowed me to travel the country and the world, gathering the facts of the day for you. At Columbine, Katrina, Iraq, Israel, Lebanon, 9/11, and every life-altering event along the way.”

“I’ve witnessed and reported on the events that shaped our reality. Together with my colleagues, we’ve written a first draft of history and endeavored to deliver it to you while speaking truth to power without fear or favor, in context and with perspective. I am eternally grateful for the opportunity. For handing me the breaking news reins as Managing Editor, Senior Correspondent, and Chief News Anchor for this network, I am thankful and humbled,” Smith said. “I’ve worked with the most talented, dedicated, and focused professionals I’ve ever known. They sacrifice endlessly and tirelessly to get the news exactly right and I am so proud of them and I’m honored to have anchored their work each day. I’ll miss them and our time together, greatly and deeply.”

Smith continued: “So recently I asked the company to allow me to leave Fox News. After requesting that I stay, they obliged. Under our agreement, I won’t be reporting elsewhere, at least in the near future.”

He signed off for the final time with a message for viewers.

“Even in our currently polarized nation, it’s my hope that the facts will win the day. That the truth will always matter. That journalism and journalists will thrive,” Smith said.