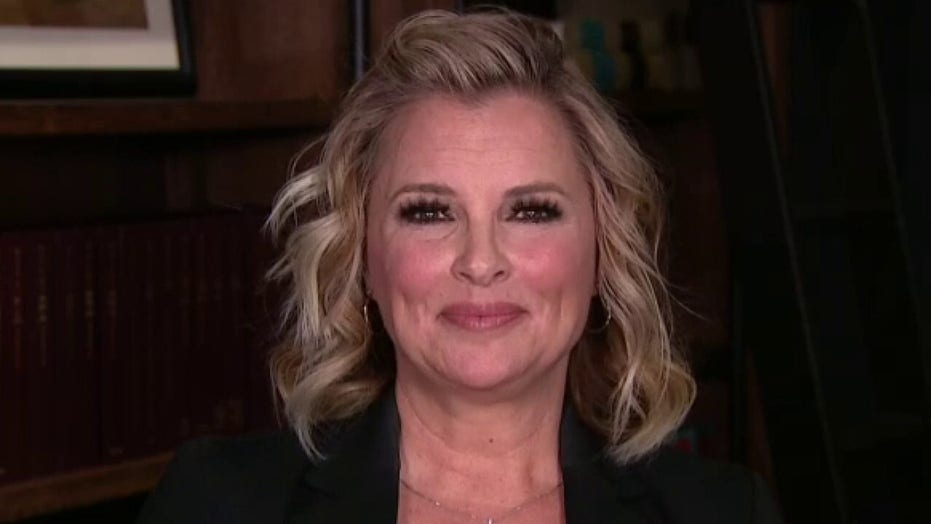 Shelley Luther, the Texas salon owner who was arrested for defying state's lockdown order, speaks out on 'Hannity.'

EXCLUSIVE: Dallas salon owner Shelley Luther, who was ordered jailed for seven days Tuesday after she violated a local coronavirus-related business closure order, joined "Hannity" for an interview Thursday, hours after her release.

Luther said she is feeling much better after being allowed to go back home, and told host Sean Hannity she stands by her decision not to apologize as instructed by state District Judge Eric Moye.

"That was the last thing I was going to do, honestly," she said. " ... I just couldn't, I couldn't bring myself to apologize."

Moye gave Luther the option of avoiding prison if she apologized for what he described as her "selfish" behavior, paid a fine and kept her doors closed until Friday, when hair salons across Texas can open with restrictions.

"We were shut down March 22, so it had been several weeks that the government was kind of telling us the [small business] money was coming," Luther told Hannity. "The Dallas County Judge, Clay Jenkins, kept pushing back the date of when we would open weeks out in advance, before we would hear any new comings of what was going on with masks or whatever.

"When he finally pushed it back a final time I just woke up one day and I said, 'I have to open, my stylists are calling me, they're not making their mortgage,'" she continued. " ... I'm two months behind on my mortgage.

"My stylists were telling me that they wanted [to go] underground and go to people's houses," she said. "I just said, 'You know, that's not a good idea because we can't control the environment there. We don't know if it's been disinfected or anything like that,' and I just decided I would open."

Luther added that during the time she was open in defiance of the order, the salon instituted strict sanitation and social distancing measures.

'We tried to use gloves at first," she said, adding that the hairstylists couldn't work with them. "But we made sure that I had no clients waiting inside the salon at all. I had chairs six feet apart outside of the salon ... and when the stylist was ready and wearing a mask -- we didn't let any clients come in without a mask -- they instantly sanitized their hands, the hairstylist sanitized their hands. They came in, they did the cut and that person left."

Luther said her brief stay in jail was "not pleasant," though she did have a cell to herself.

"The worst thing was that I didn't get to call anybody when I got there, the whole first night," she said. "And that's kind of scary, because I have a daughter that just turned 17 at home, and if my boyfriend wasn't there to tell, you know, to talk to her or anything, I would not have come home and she would not have known where I was."