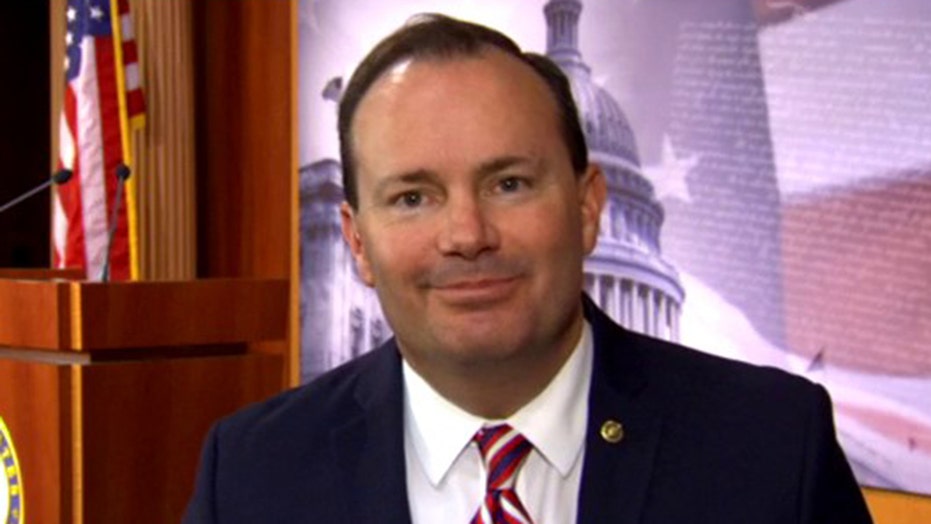 Sen. Lee: We have to deal with articles of impeachment as they sent them to us

Sen. Mike Lee, R-Utah, appeared on "The Story with Martha MacCallum" Friday to react to the Senate impeachment trial vote against hearing new witnesses and defend the decision by many Republicans to move the trial along.

"It's not as if they're going to go away one way or another as a result of this. Nor is it the case that they wouldn't be able to bring official charges if they wanted to and then perhaps secure a 33-day delay after passing subsequent articles of impeachment," Lee said of the Democrats. "We've got to deal, however, with the articles of impeachment as they sent them to us, in addition to having some inadequacies in and of themselves. There is no genuine issue of material fact as to the evidence in this case, there's no reason to call additional witnesses."

Republicans in the Senate secured enough votes Friday evening to reject Democratic efforts to extend the trial, paving the way for the widely expected acquittal of President Trump next week on charges of abuse of power and obstruction of Congress over his dealings with Ukraine.

The final vote will come Wednesday, two days after the Iowa caucuses and the day after Trump delivers the State of the Union address in the House chamber.

MacCallum asked Lee about the claim from the Trump administration that it had found classified information while reviewing the manuscript of Bolton's forthcoming book, a claim denied by Bolton's attorney.

"If there's classified information in the book -- which we have every reason to believe might well be the case because of the fact that it's under review -- and if they have disclosed that to a third party, there could be some very significant implications for whoever leaked it," Lee said. "That would be a problem. Now, I don't know whether that would be John Bolton himself, whether it would be somebody connected to his author. I really have no idea. But if there's classified material in there, particularly if it's classified at the top-secret level, that would be a problem."