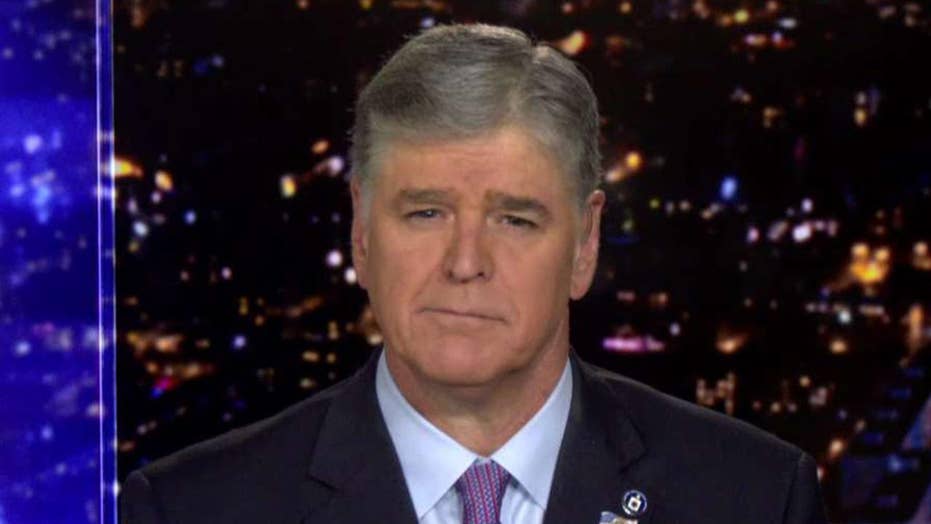 "As for the impeachment managers she selected, frankly, a gift to Donald Trump," Hannity said on his television show. "They represent the Democrats' last chance to persuade the Senate Republicans on the merits of their case, but this whole process has been a [Rep. Adam] Schiff sham show and a political hit job from beginning to end."

Earlier Wednesday, Pelosi announced the seven lawmakers who will serve as impeachment managers to prosecute the case against Trump. They include Schiff, who will be the lead manager and who directed much of the impeachment inquiry out of the House Intelligence Committee he leads, and House Judiciary Committee Chairman Jerrold Nadler, D-N.Y., whose panel drafted the articles of impeachment.

"[Pelosi] selected a group of the most hyper-partisan conspiracy theorist Trump haters in the Democratic caucus," he said. "She hired every single most radical, extreme delusional Trump-hating Democrat," Hannity said. "Six out of the seven managers supported impeachment long before the fake non-whistleblower, hearsay whistleblower, filed the complaint."

"Leading the way, this is a gift for the president, none other than the compromised, in this case, corrupt congenital liar Adam Schiff," Hannity said. "The guy that needs to be called as a witness in this case."

Hannity suggested Pelosi was catering to the "extreme" elements in the Democratic Party to hold onto her position.

"You have to wonder: Is Pelosi that desperate, catering to the extreme, insane base of her party? Clinging to her speakership?" Hannity said.