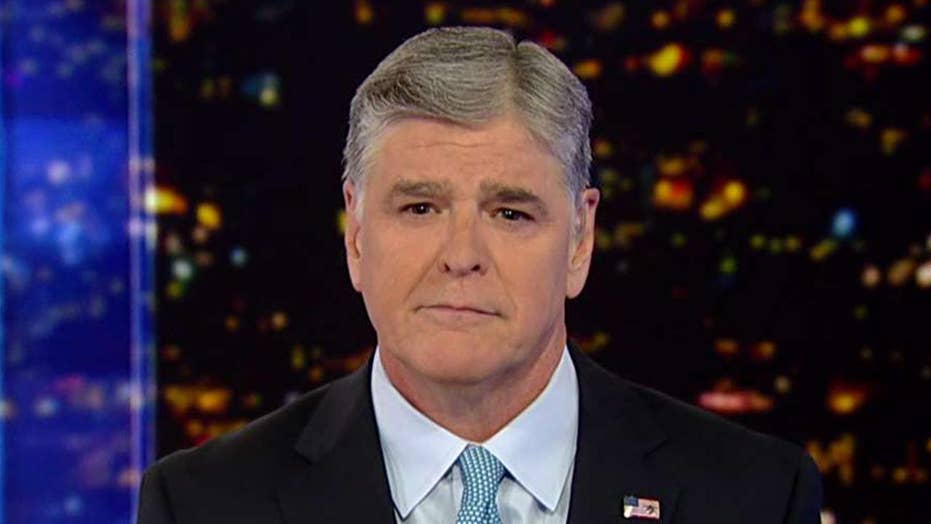 Hannity: What have Democrats done to improve the lives of Americans since Trump's election?

Sean Hannity asked his viewers to ponder one question Thursday during his television program.

"Since Donald Trump was elected in 2016 ... what have Democrats and the media, what have they ever done to improve the lives of Americans?" Hannity asked. "Have they done anything to create jobs, prosperity, safety, security, peace?"

Hannity once again criticized House Speaker Nancy Pelosi and other Democrats for their impeachment push, adding that they have done nothing to benefit America.

"Nancy's blatant political stunt will improve the lives of zero Americans. It will add zero jobs to the economy, does nothing to make us more safe and secure," Hannity said. "And we all know the outcome: it is going to die in the Senate."

The host slammed Wednesday's ceremony to mark the transmission of the articles of impeachment to the Senate, calling it "a political stunt born out of rage."

"So Pelosi was so somber and prayerful, she gleefully handed the special commemorative pens to her smiling colleagues so they can all take pictures together," Hannity said. "After signing the articles, all smiles."

Hannity added that if witnesses are allowed, it would be a positive for Republicans as well.

"Now, if a few weak Republican senators try and help their radical Democratic colleagues and allow them to call new witnesses to do the job, the constitutional duty of the House, and enter all this new evidence. Guess what's going to happen?" Hannity asked. "This actually is a great thing. I want to hear from zero-experience Hunter Biden, who was paid millions of dollars. No experience? Wow, what a deal."