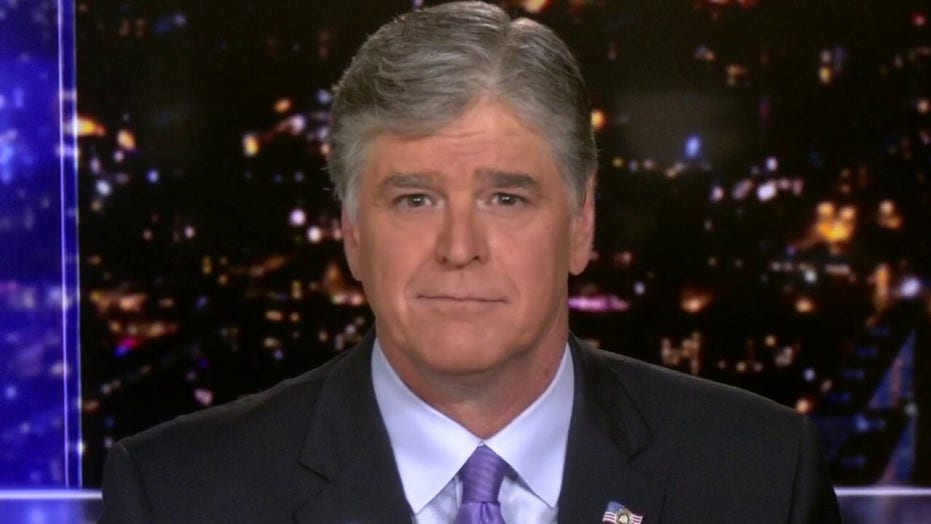 Hannity: Justice is coming for all who abused their power

A few corrupt bureaucrats with tremendous power ruined the lives of innocent Americans, spied on the Trump campaign, the Trump transition team and the Trump presidency.

"Lieutenant General Michael Flynn is, has always been, an innocent man," Hannity said. "And now it is more clear than ever that a few corrupt, high-ranking, deep state bureaucrats set him up. They were all bragging about it. And tonight, all signs point to the corrupt so-called leadership of ... Mr. Super-Patriot Jim Comey."

The host responded Thursday to questions asked in documents unsealed Wednesday that revealed key bureau officials discussing their motivations for interviewing Flynn in the White House on Jan. 24, 2017 -- with one note questioning if the FBI's "goal" was "to get him [Flynn] to lie, so we can prosecute him or get him fired."

"That is not a question that should ever be asked by anyone, any professional and would never be asked by the 99 percent of brave professionals in the FBI," Hannity said. "Now, shouldn't the goal of the FBI ... shouldn't it always be truth, the rule of law, justice? They work in the Department of Justice. We have a system of justice in America. Apparently not in Jim Comey's FBI.

"Look at this ... America's number one 'super-patriot,' setting a perjury trap ... for an American war hero [with] 33 years of service under his belt for this country, so we can all live free."

The host insisted that Comey and his fellows at the FBI "were determined to take down this administration, this president, one way or another."

"Instead of holding our federal government accountable they were cheering for the demise of an American war hero and wanting to take out a duly elected president," Hannity said.