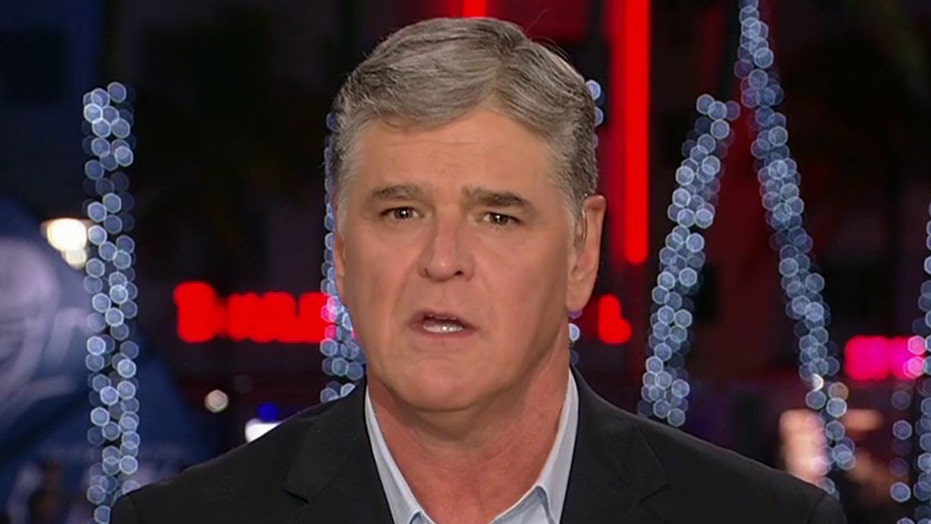 Impeachment trial may be coming to an end, but what about the damage to the country?

Sean Hannity celebrated the winding down of the Senate impeachment trial Friday, thanking Sens. Lamar Alexander, R-Tenn., and Lisa Murkowski, R-Alaska, for voting with their fellow Republicans against new witnesses and declaring the entire trial the "single most embarrassing blunder of all time."

"The country can now hopefully finally move on from this fact-free partisan impeachment sham that will go down in history as one of the biggest and single most embarrassing Democratic blunders of all time," Hannity said on his television program. "Now, this three year long, never-ending temper tantrum, it will be over Wednesday. The damage to the country, as of tonight, incalculable."

Hannity called out Democrats for their lack of legislative accomplishments and blamed it on their hatred for President Trump.

"They failed at what was the latest coup attempt, all while they have not lifted a single finger at all to help you ... the American people. They didn't create a single job. They didn't make us any more safe, more secure and prosperous. They have dragged this out, being their usual immature selves," Hannity said. "Clearly, their hatred of President Trump now surpasses their desire to do anything for the American people, as evidenced by the last three years."

"This is actually a sad and a very dangerous chapter we are closing in this country's history," Hannity added.

The host then addressed Alexander and Murkowski.