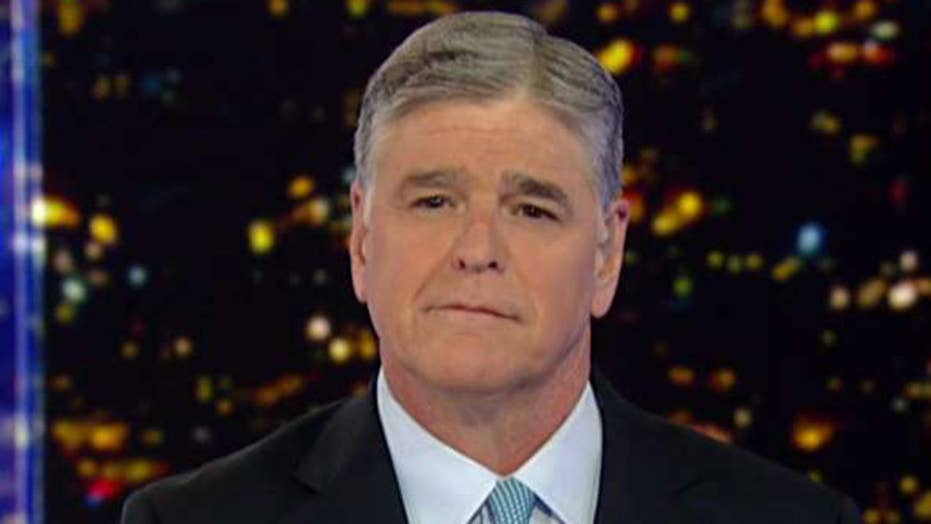 Hannity: Nancy Pelosi is a source of official embarrassment for top Democrats

Sean Hannity ripped House Speaker Nancy Pelosi, D-Calif., Monday for holding on to articles of impeachment and refusing to send them to the Senate.

"Pelosi doesn't get to tell the Senate majority leader, Mitch McConnell, how to do his constitutional job and what his role is," Hannity said on his television program. "Which is why, as McConnell pointed out, Pelosi's stall tactics have achieved nothing except the phony belief that it was urgent to do it [impeach President Trump] so quickly."

Pelosi defended the delay in a television interview this weekend, arguing Democrats were successful in making the case to the American people that the Senate trial should include witnesses.

"What we think we accomplished in the past few weeks is that we wanted the public to see the need for witnesses,” Pelosi said during an appearance on ABC News' “This Week.”

Pelosi also warned Sunday that Republican senators will “pay a price” if they block new witness testimony with a trial that Americans perceive as a “cover-up” for Trump's actions.

Hannity criticized Democrats for focusing on President Trump and touted the president for his stewardship of the U.S. economy.

"Now, since 2016, Democrats have cared about one thing and one thing only: Destroying, by any means possible, Donald Trump. This impeachment parade was their desperate, last-ditch attempt, and it has been an abject failure," Hannity said. "Meanwhile, the Trump agenda continues to be a massive success. The economy is now. by every measure, firing on all cylinders."