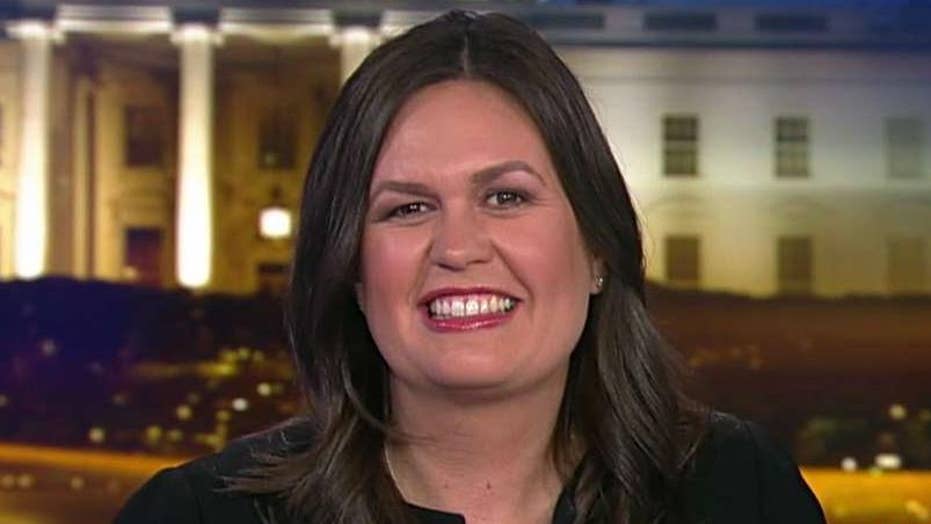 Sarah Sanders on IG report: Russia collusion has been a sham from day one

Former White House press secretary Sarah Sanders dismissed the Russia investigation and the Ukraine scandal Tuesday, saying Democrats continue to "lose" due to their push to impeach the president.

"I think what we saw this week is further indication that this whole thing has been a complete and utter sham from the beginning," Sanders said on "Tucker Carlson Tonight." "They're doubling down and they're getting it wrong again every single time they try to nail this president on something, whether it's the sham Russia hoax or now is the sham Ukraine scandal, they lose."

Sanders said that Democrats have continued to push the Russia investigation and Ukraine because they were surprised Trump won the presidency.

"I think they had convinced themselves that it was real because they had to validate why they had been so wrong," Sanders said. "I think part of the kind of media class was so taken by surprise that Donald Trump became president that they had no other explanation other than there must have been some sort of scandal around it."

Sanders hypothesized what the president could have accomplished had Democrats not chose to hinder him.

"Just think how much more the president could have gotten done if they hadn't been slamming every single moment, this Russia scandal down America's throat," Sanders said.