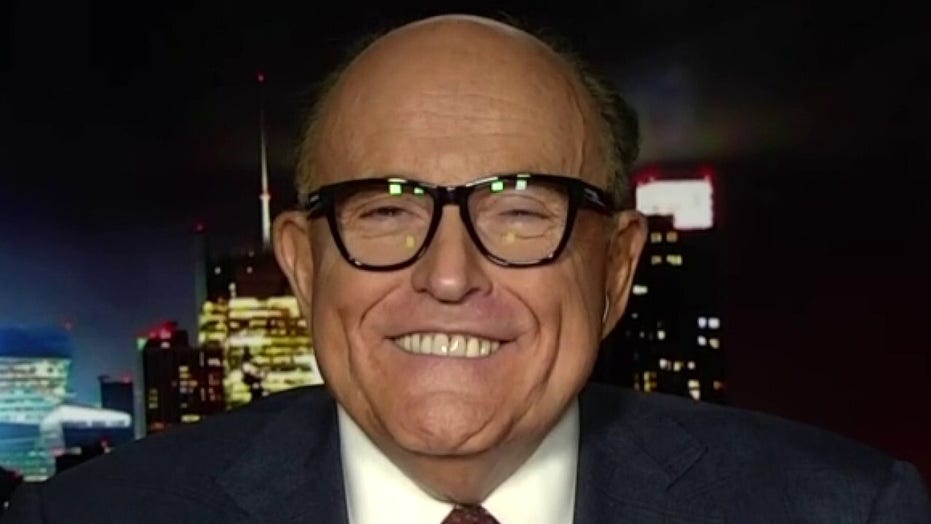 Former FBI Director James Comey and others linked to the bureau should be held accountable for their handling of the Michael Flynn case, Rudy Giuliani said Saturday night.

"[Comey] shouldn't get away with it," Giuliani, a personal attorney for President Trump and a former mayor of New York City, said during an appearance on Fox News' "Watters' World."

"It really is one of the more horrible episodes in law enforcement history," he added, referring to the case of Flynn, a former national security adviser to the president who pleaded guilty in 2017 to making false statements to federal investigators. "It should be part of the textbooks about what you shouldn't do."

Flynn's case has been facing new scrutiny since documents emerged this week that call into question investigators' motivations for intervewing Flynn in the White House in January 2017. The documents reveal that top bureau officials openly questioned if their “goal” was “to get him to lie, so we can prosecute him or get him fired."

Giuliani accused the FBI agents of "creating a crime."

In December 2018, Comey acknowledged in a TV interview that the way the Flynn interview was set up – not through the White House counsel’s office, but directly with Flynn – was not standard practice. He called it “something I probably wouldn't have done or maybe gotten away with in a more … organized administration.”

“If the FBI wanted to send agents into the White House itself to interview a senior official, you would work through the White House counsel, and there would be discussions and approvals and who would be there,” Comey told MSNBC.

But with the Trump administration newly installed and still taking over from the Obama adminstration at the time, Comey said, “I thought: ‘It’s early enough, let’s just send a couple guys over.’”

Giuliani also questioned why the judge overseeing Flynn's case did not dismiss it.

"That's a total setup. I don't understand why the judge hasn't thrown it out now already, as a deterrent for future Justice Departments to do the same thing," Giuliani said. "But now [with] all the other things coming out about this case I can't believe this judge will not dismiss this case as a violation of due process."