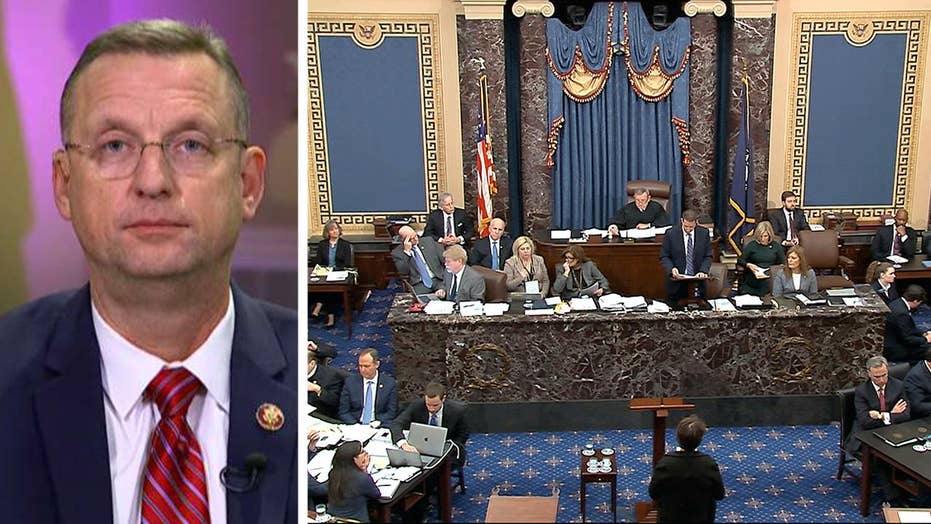 Rep. Collins calls out 'whining and theater' of Democrats during Senate trial

"What we're hearing right now is just another line of what we've seen with Schiff all along. He's willing to say anything, do anything, tell anything to get at this president," Collins said on "Hannity." "If it's not a tool, it's just a regular habit of what this man does."

According to Politico, Schiff sent a letter to Rep. Jerrold Nadler, D-N.Y., last week that summarized an exchange between Parnas and Giuliani, saying that Parnas continued trying to arrange a meeting with the Ukraine President Volodymyr Zelensky.

"He does not want to come to grips with the truth. The president is the president. He's doing a good job and he [Schiff] wants do anything he can to take him down, "Collins said. "And he just shows the American people how weak the case is and how they're warning other people to do their job for."

During Tuesday's Senate impeachment trial, Schiff stared down President Trump’s lawyers on the Senate floor as they accused him of lying to the American people and denying Trump due process during the impeachment investigation.