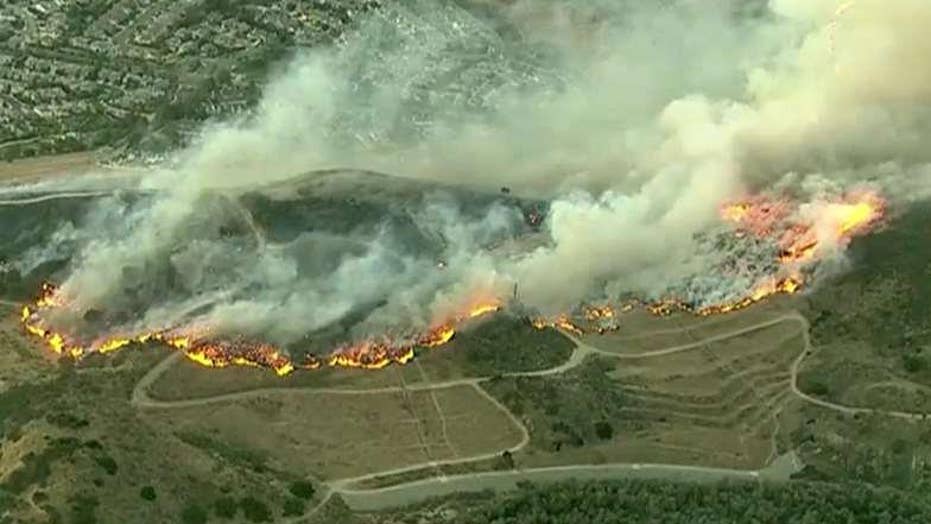 A dozen firemen stopped the wind-driven wildfire about a hundred yards from President and Mrs. Reagan's gravesite, says John Heubusch, executive director of the Reagan Foundation.

Reagan Foundation Executive Director John Heubusch told Fox News’ Chris Wallace that the scene at the Reagan Library on Wednesday in a blazing Simi Valley, Calif., was “like a war zone.”

“John, you look like you’ve been caught in a fire all day,” said Wallace on 'Fox News Reporting'. Heubusch said he’d been sheltering in place at the library for several hours, but the exit had been cleared. Museum personnel were asked to stay home from work on Thursday.

Heubusch said all of the national treasures kept safe at the library had been in peril all morning, as firefighters worked to keep rapidly to keep the flames at bay. Due to the “heroic efforts” of firefighters both in the air and on the ground, Heubusch said the Reagan Library might be spared from the flames in the Simi Valley. 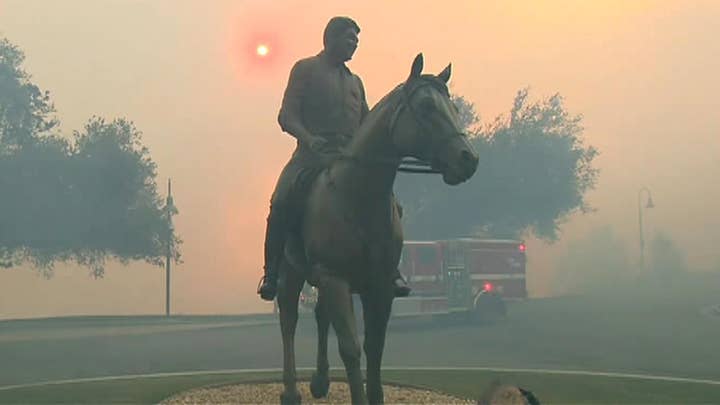 He said earlier that day he’d watched about a dozen firemen stop flames about 100 yards from President and Mrs. Reagan’s gravesite. “It shows you just how close these claims --, the place was really in peril.”

“For those of us who knew the Reagans, who admired them and have enjoyed visiting the library multiple times over the years, this feels personal,” said Wallace.

“This is a national treasure, Chris. It’s a special place, many many thousands of people come here each year to pay their respects to Mr. and Mrs. Reagan. It’s the largest and most visited presidential library in the United States. It has treasures in it that are absolutely irreplaceable,” said Heubusch.

He emphasized what wonderful people the firemen, policemen and first responders are. “They saved the Reagan Library,” he said.