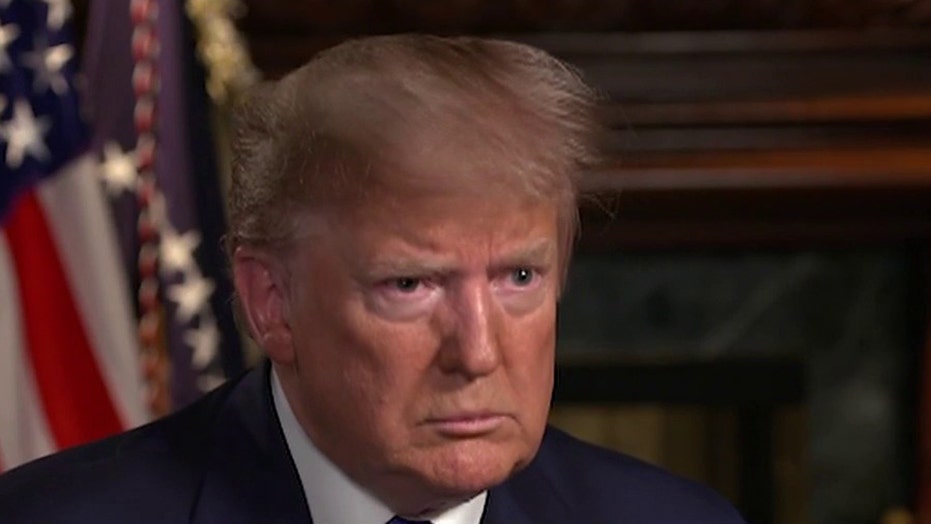 President Trump has reacted to a recent viral clip of CNN anchor Don Lemon and his panel mocking the president and his supporters, calling the anchor's laugh "phony."

"So I watched this guy, he's a terrible ... he's not a smart person, at all. But I watch that phony laugh. That wasn't a laugh. He was trying to act, puts his head down, always laughing so hard," Trump told Fox News' Sean Hannity as part of an exclusive interview conducted just before the Super Bowl,y. "There's nothing funny about what was said."

The panel, which originally aired Jan. 25, featured Lemon, New York Times columnist and CNN contributor Wajahat Ali, and ex-GOP strategist Rick Wilson discussing the heated exchange between Secretary of State Mike Pompeo and an NPR reporter, in which Pompeo allegedly challenged the journalist to point out Ukraine on a blank map.

"That was good," Lemon said, laughing so hard he nearly lost his breath. "That was a good one. I needed that."

Conservatives criticized the segment and the Republican National Committee used clips of the segment in a fundraising ad.

Lemon addressed the issue this past Tuesday, saying he didn’t catch everything that Wilson had said and he was not laughing at Trump supporters.

“Ask anyone who knows me, they'll tell you -- I don't believe in belittling people, belittling anyone for who they are, what they believe, or where they're from," Lemon said.