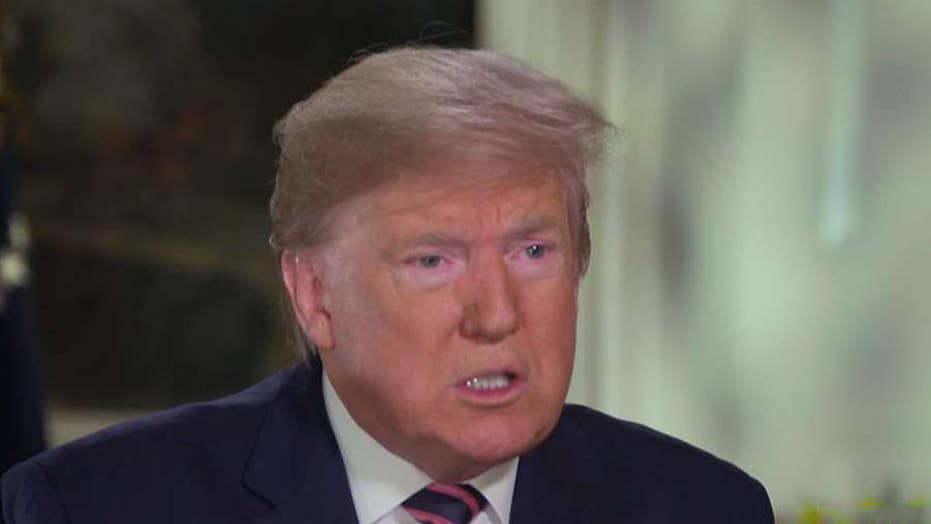 President Trump talks trade with China, immigration policy and the US economy

President Trump critiqued Ronald Reagan during an exclusive interview with Fox News' "The Ingraham Angle" Friday night, telling host Laura Ingraham that the 40th president was "not good on trade."

The comment came after Ingraham brought up China's human rights record during a discussion of Trump's trade policy toward Beijing.

"[China's] got a million people in reeducation camps, internment camps. The Catholics were getting missals in their pews at Christmas that had tributes to [President] Xi [Jinping] instead of 'Silent Night'. Crazy stuff happening," Ingraham said. "Reagan saw the power of the moral argument for freedom and married it to the economic and military argument for 'peace through strength.' Can you do more on that front without damaging your ability to make future trade agreements?"

"They do count," Trump answered. "I was a big fan of Reagan, but he wasn’t heavy into it. He wanted to do certain things. He wasn’t really heavy into it, but he wasn’t also making trade deals. He let Japan come in and take over our auto market. You know, as much as I like Reagan, he was not good on trade

Earlier in the interview, Trump said that the U.S. had a "great relationship with China" before claiming that the Asian nation was "having the worst [economic] year that they've had. Last year was the worst they had."

"You know what we did?" the president said. "We opened it up to banking, but for banking, for our farmers, for manufacturers ... it’s great.

Chinese Vice Premier Liu He, is scheduled to visit Washington next week to sign an interim trade deal with the United States. The Trump administration postponed planned tariff increases following the announcement of the so-called “Phase 1” deal in October. But earlier punitive duties imposed by both sides on billions of dollars of each other’s goods stayed in place.

"People don’t realize I still have the tariffs," Trump said. "Twenty-five percent tariffs on China, $250 billion worth of goods, I still have those. And by the way, remember they used to say we paid for it? No, no. China devalued their currency and they’re paying for it."