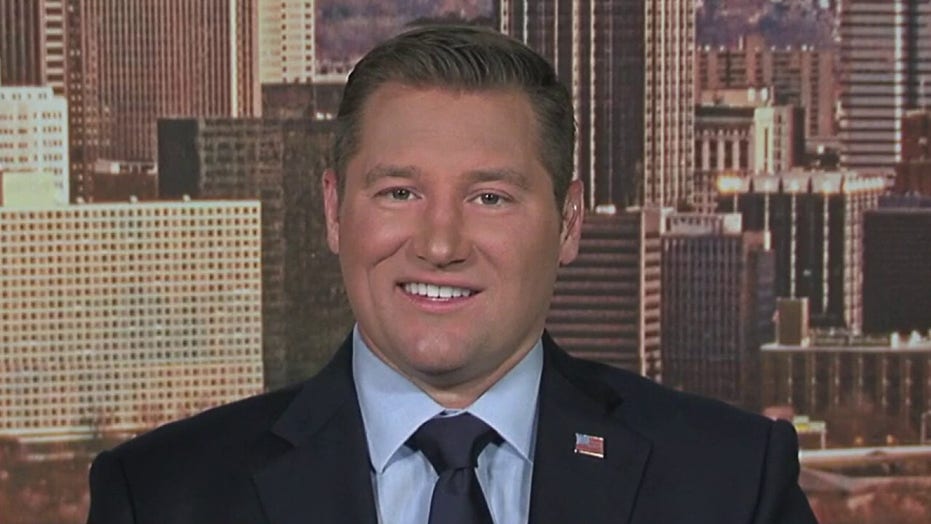 The congressman voiced his concerns ahead of an upcoming House Judiciary Committee hearing on the topic police brutality during an appearance on "Fox Report Weekend."

Reschenthaler, 37, who represents Pennsylvania's 14th Congressional District in the Pittsburgh area, is a member of the House panel.

"Wednesday that Judiciary Committee is going back in for a hearing," Reschenthaler told anchor Jon Scott. "And I'm sure we're going to hear a lot of different ideas. But some of the troubling ones is a push to have a standardized use of force, a federal standard all across the United States. There's also a troubling idea, and that is to remove qualified immunity from individual police officers.

"I think any attempt to add federal standards for police is an attempt to really federalize policing. This is a really local issue -- municipality, state, county. Those municipalities should be in charge of their police, not some bureaucrats in Washington, D.C. And the idea of trying to rip away qualified immunity from police officers. You'd have a lot of police officers that would retire, they would quit. There'd be a hard time recruiting."

"Municipalities should be in charge of their police, not some bureaucrats in Washington, D.C."

Rechenthaler also ripped those calling for the defunding of police, saying Democrats are using the issue to pander to far-left voters in the wake of George Floyd's death and the charging of a white police officer who held his knee against Floyd's neck.

"It's political pandering. It's a bunch of Democrats pandering to the far-left radical base," Reschenthaler said. "The sad irony of this is that if that money is defunded from these police forces, crime rates would actually go up, the communities would suffer because you wouldn't have police in those communities."

"If that money is defunded from these police forces, crime rates would actually go up, the communities would suffer."

Rather than defund police, now is the time to increase funding for law enforcement, the congressman said.

"This is dangerous and it's reckless. And the idea that you're going to defund police and prevent what we saw with George Floyd? That's not the way that we honor George Floyd's memory," Reschenthaler said. "The way we honor the memory is to prosecute the police officers who actually committed the crime. All four police officers have been arrested and one has been charged with second-degree murder. And then there will be civil suits against the Minneapolis Police Department by the survivors of George Floyd."

Reschenthaler predicted Republicans would take back the House due to Democrats supporting policies like defunding the police.

"I think the House is going to the Republicans -- are going to take back the House this fall," Reschenthaler said. "Because swing voters know that the Democrat Party shifted far-left and they're engaged in these ridiculous, reckless ideas like defunding police."