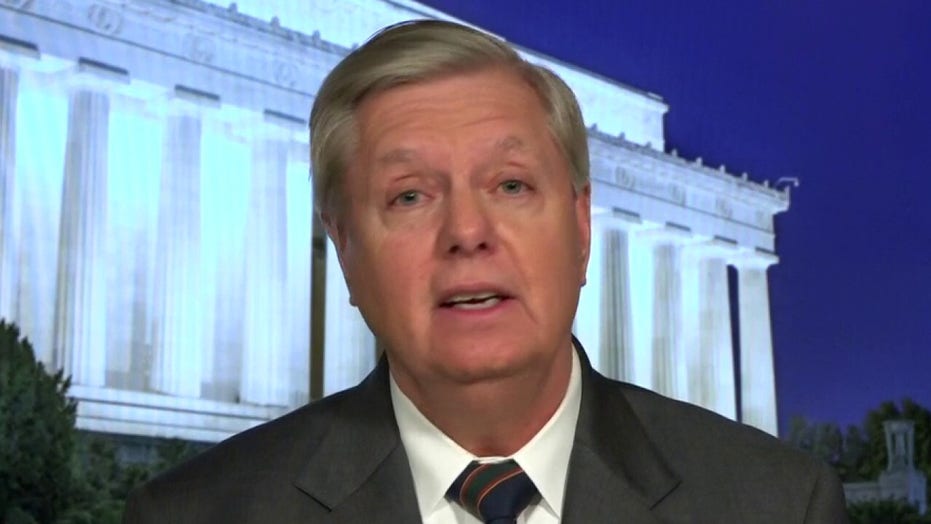 The public want to see the Congress come together and speed relief to the American people, says Vice President Mike Pence.

Vice President Mike Pence called into "Hannity" Monday to address the ongoing battle over the coronavirus response bill in Congress, as well as America's ongoing fight against the pandemic.

"What I can tell you is that it is time for Democrats in the Senate and the House of Representatives to step up, reach an agreement and pass the CARE Act," Pence told host Sean Hannity. "This really is a moment where where the American people want to see the Congress come together."

Tensions flared on the Senate floor Monday as lawmakers clashed over phase three of a coronavirus response package, with Democrats blocking Republican efforts to open debate on the massive stimulus bill for the second day in a row.

"My hope, and I think the president's hope, is that we'll work out the final details, we'll get this thing on the floor, we'll speed relief to the American people and the bill will stay focused right where it should be," Pence said. "And that is on on helping working Americans, families, businesses across this country, weather the storm of the coronavirus."

Later Monday night,  Sen. Chuck Schumer announced progress being made on the package and said he expected a vote sometime on Tuesday.

Hannity also asked Pence about the anti-malarial drug hydroxychloroquine and its potential to fight the virus. The vice president said he was optimistic about its possibilities and vowed to work closely with infectious disease specialist Dr. Anthony Fauci to determine its effectiveness.

"As we make the chloroquine available for Americans -- and other medications -- we're going to study it. We're going to figure it out. But that's not going to get in the way of making it available. Doctors will be able to prescribe it," Pence said. "And based upon the studies ... and anecdotal evidence, it appears, in many cases that it brings real relief."

Hydroxychloroquine, an antiviral drug, has been a source of optimism in the fight against the coronavirus, with President Trump, New York Gov. Andrew Cuomo and many more expressing hope that it proves to be a viable treatment.

Pence praised businesses and Americans for their resolve in the face of unprecedented peacetime restrictions set by state and local governments.