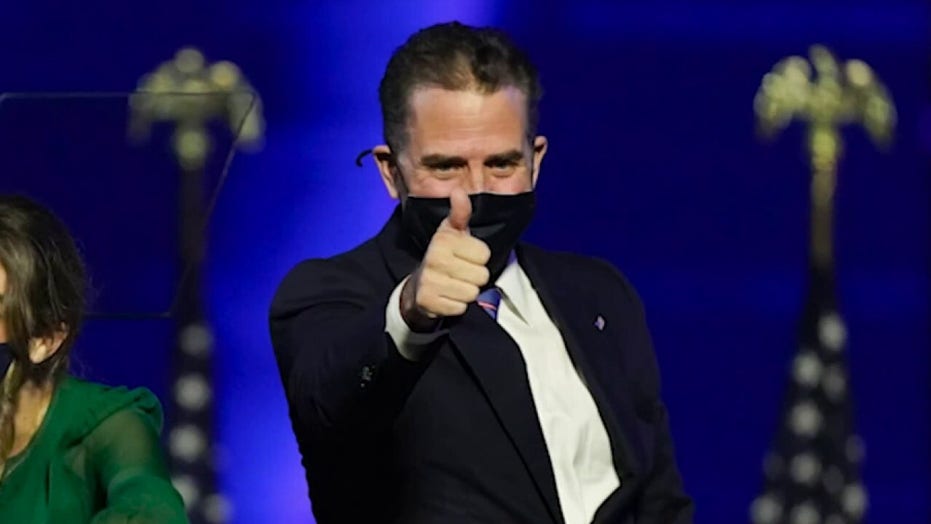 The now-edited, inaccurate claim was part of a review of Hunter Biden’s memoir, "Beautiful Things," in which the president’s son details his past as an alcoholic and a crack addict

NPR UNDER FIRE FOR CLAIMING HUNTER BIDEN LAPTOP STORY WAS 'DISCREDITED' BY US INTELLIGENCE, MEDIA

The notorious laptop, first reported on by the New York Post, allegedly contains emails revealing details of his foreign business interests, including contacts in Ukraine and China, along with a series of unflattering photos of the president’s son.

NPR issued the correction after critics blasted the nonprofit media organization for the bogus statement.

The updated version of the NPR story said, "Numerous news organizations cast doubt on the credibility of the laptop story."

Fox News learned last year the FBI and Justice Department officials concur with an assessment from Director of National Intelligence John Ratcliffe that the laptop is not part of a Russian disinformation campaign targeting then-Democratic presidential nominee Joe Biden.

Last year, Ratcliffe said Hunter Biden’s laptop and the emails on it were "not part of some Russian disinformation campaign," despite claims from House Intelligence Committee Chairman Adam Schiff, D-Calif.

Ratcliffe went on to say it was "simply not true."

Hunter Biden confirmed late last year that he is under federal investigation for his "tax affairs" surrounding his overseas business dealings. The FBI has since been in possession of his laptop.