Newt Gingrich: This may be the most disastrous administration since Buchanan

Former Speaker of the House Newt Gingrich praised Kevin McCarthy's leadership for piecing the plan together on Friday's 'Hannity.'

Former Speaker of the House Newt Gingrich says he's very impressed with what Kevin McCarthy has done on Friday's "Hannity" after the GOP rolled out their "Commitment to America" campaign initiative that addresses the border, crime, government spending and much more.

NEWT GINGRICH: I think it takes a leader who's strategic. Like Kevin McCarthy, he set out to do this over a year ago, organize seven different working groups. It's actually a much bigger, more sophisticated commitment than our contract was because we hadn't been in a majority for 40 years. But they really have put together quite a document and quite a pledge. I was honored to be with them yesterday when they began talking about it among themselves. And I can tell you there is a really deep commitment. This isn't just a political document, his is a governing document. And I listened to the relatively negative comments of President Biden. I have a simple test. Biden ought to debate McCarthy. Biden can bring his failed record, his inability to solve anything. McCarthy can bring his commitments for the future. And let's see how they stand up side by side. I think President Biden wouldn't have the capacity to be on the same stage with Kevin McCarthy and debate the issues.

This may be the most disastrous administration since Buchanan, who led up to the Civil War. I mean, the failures, as you pointed out, and I think if you look at the commitment to America, that commitment to America economy, you'll see all of us. But what the Republicans in the House have done is they've matched up solutions against Biden's Democratic failures. So you have big government socialism on one side and you have a genuine free enterprise approach on the other side. And they come out with it on education, on the border, on drugs, on keeping murderers locked up where you're exactly right about Fetterman in Pennsylvania, who's probably the leading pro murderer candidate for office anywhere in America today. It's a remarkable story. So you take all these things and what you have is a House Republican conference which has made a commitment to restore the America that works, has put it in writing and with substantial detail, mean much more detail than we had in the contract. And I think you are right again and again, John, to propose this. This is the first time the Republicans have had a strategic leader who could think a year and a half out, put it all together and get it done, and I'm very impressed with what Kevin has done. 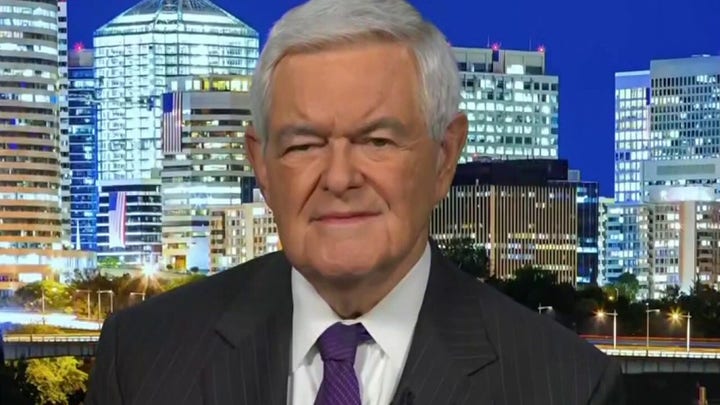