An editor at Newsweek was reportedly demoted after the news outlet ran an inaccurate story about President Trump's Thanksgiving plans.

Last week, Newsweek published a report claiming Trump's plans for the holiday included tweeting and golfing. However, on Thanksgiving Day Trump made a surprise visit to Afghanistan, his first as president. According to White House Press Secretary Stephanie Grisham, only some White House officials knew about the trip, which was kept secret for security reasons.

On Saturday, it was reported that Jessica Kwong, the Newsweek political reporter who wrote the original story, was fired.

"The story has been corrected, and the journalist responsible has been terminated," Newsweek told The Washington Examiner. "We will continue to review our processes and, if required, take further action.” 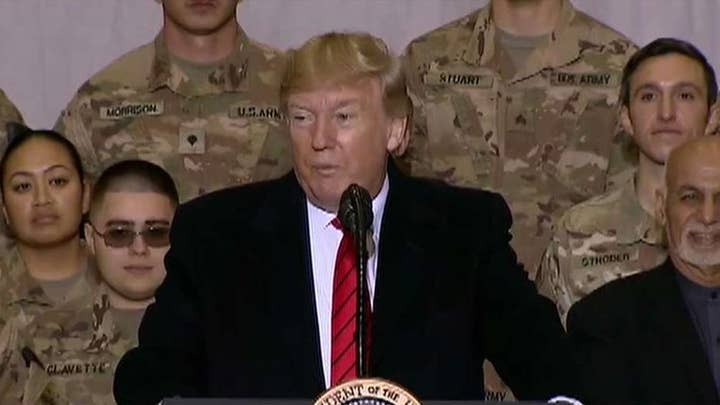 A spokesman for Newsweek confirmed to Fox News that the editor was demoted.

“Newsweek investigated the failures that led to the publication of the inaccurate report that President Trump spent Thanksgiving tweeting and golfing rather than visiting troops in Afghanistan. The story has been corrected, the reporter responsible was terminated and the editor was demoted," Newsweek said in a statement. "We will continue to review our processes and, if required, take further action."

"From the start of her tenure as editor in chief of Newsweek, Nancy Cooper has moved the newsroom toward strong reporting, such as the scoop on Baghdadi’s killing, and away from knee-jerk political snarkiness. This story did not meet the standards she has set.”

President Trump and his son, Donald Trump Jr., responded to the initial story by deriding Newsweek.

"Fake news gonna fake!" Trump Jr. tweeted. His father retweeted that post, asking: "I thought Newsweek was out of business?"