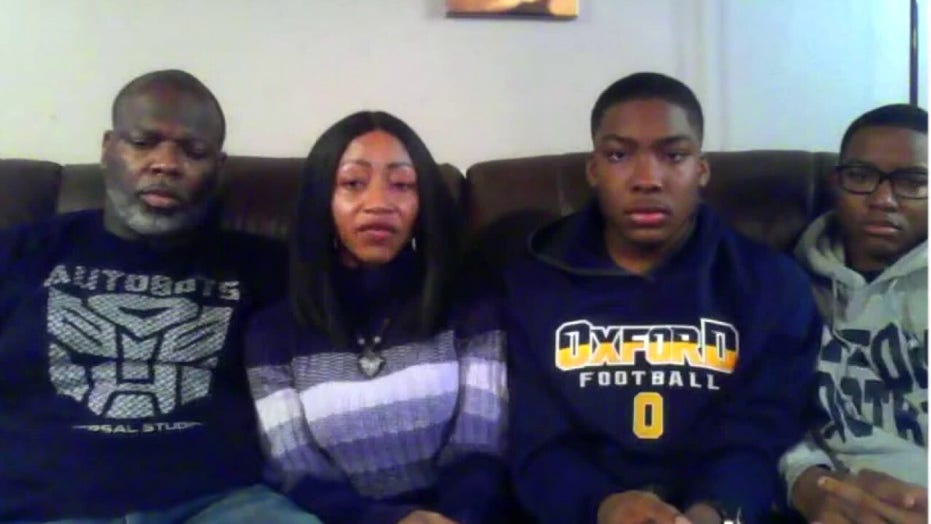 Michigan school shooting survivor remembers the victims: We are one family

Oxford High School student Javon Pittman and family speak out on the ‘heartache’ following the tragedy on ‘The Story.’

On Thursday, Marquis tweeted out her displeasure after receiving an email from the Great Lakes Gun Rights association.

"Just got a press release from the Great Lakes Gun Rights organization about protecting gun rights from democrats in Michigan and I am literally shaking with rage. I hope there is a God and they met that God someday," she tweeted.

She also posted the number and email address of Great Lakes Gun Rights for people to "make your displeasure known."

OXFORD HIGH SCHOOL SHOOTING SURVIVOR REMEMBERS SLAIN CLASSMATES: ‘I WANT THE WORLD TO KNOW HOW GOOD THEY WERE’

The Great Lakes Gun Rights group released a press release on Thursday that called out Michigan Democrats, including Michigan Gov. Gretchen Whitmer, for trying to pass new gun control laws in the wake of the Oxford High School shooting.

"Great Lakes Gun Rights urges the Legislature to reject the politically-motivated calls for more gun control and to instead focus on life-saving policies that allow law-abiding citizens to be their own self-defense," Executive Director Brenden Boudreau said.

The National Association for Gun Rights later posted a video that allegedly featured a voicemail left by Marquis to Great Lakes Gun Rights.

"Hi, I'm a journalist with the New York Times. I’m just calling to wonder. I have two questions. How do you sleep at night? And aren’t you just a bit worried that there might be a hell? And when you meet God, He will send you there? That’s just my only question. The third question, the only people politicizing this seems to be you because you’re the only people I got a f---ing press release from," Marquis said.

She also added "Again, I am from the New York Times, and I’m letting everyone in the New York Times know what kind of f---ing a—holes you are. Congrats on being a laughing stock. You f---ing ghouls. I hope that there is a God in heaven, so He judges you when you die."

Reached for comment, a New York Times spokesperson told Fox News Digital, "We expect our employees to behave in a way that is consistent with our values and commitment to the highest ethical standards. We are currently reviewing this matter, which involves an employee of Wirecutter, our product recommendation site, who does not work in The New York Times newsroom."

Marquis described herself as a journalist for the New York Times but in her Twitter biography she lists her job as lead editor for Wirecutter. Wirecutter is affiliated with the New York Times, which the Times describes as its "product recommendation service" offering consumers trusted advice on the latest merchandise being sold.

This article was updated with a response from the New York Times.