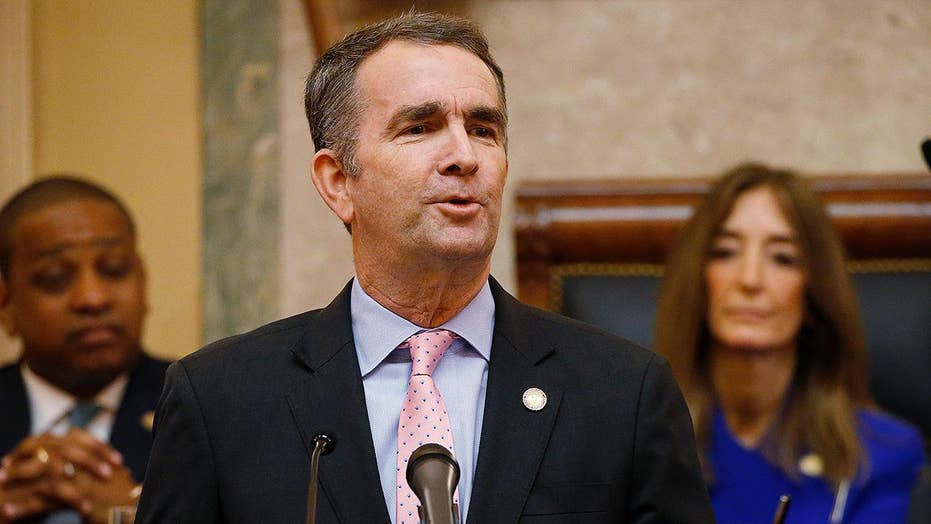 Ahead of Monday's gun-rights rally in Virginia, NBC News reporter Ben Collins labeled the event a "white nationalist" gathering Sunday, even as he warned against spreading "made-up stuff" on Twitter -- prompting scores of critics to point out the apparent irony, and to condemn his network for sanctioning Collins' checkered reporting on the so-called "dystopia beat."

"Reporters covering tomorrow's white nationalist rally in Virginia, I'm absolutely begging you: Verify information before you send it out tomorrow, even if it's a very sensational rumor you heard from a cop," Collins wrote in his since-deleted tweet. "Don't become a hero in neo-Nazi propaganda circles with made-up stuff."

Defending his post from a torrent of criticism, Collins initially argued that federal law enforcement had arrested six suspected Neo-Nazis in advance of the rally in states including Georgia, Maryland and Delaware, with some of the suspects apparently intending to travel to the Richmond rally.

Collins also remarked that there has been an "enormous amount of 4chan and Qanon chatter," appropriating intelligence-community lingo to describe online communications from conspiracy groups and troll websites.

After several hours, Collins deleted his original tweet, writing in a seemingly peppy message: "Hi everybody! I’m deleting a tweet so I can be super clear about tomorrow’s rally in Virginia. The Lobby Day protest is and has traditionally been a gun rights rally, but white nationalists, including militant group The Base, have been planning violent action at the event."

Commentators and second-amendment advocates had unloaded on Collins, asserting that it was strikingly unfair to claim that the thousands of expected attendees at the gun-rights rally were attending a "white nationalist" event simply because a handful of people outside the state potentially plotted to attend.

"Tomorrow's event is in no way a 'white nationalist rally,'" responded The Washington Free Beacon's Stephen Gutowski, who has reported on gun issues. "It is not organized by racists and they won't be in any way a significant portion of the attendees yet this writer is elevating them while smearing the regular people who will actually be there."

Gutowski added: "And he's doing this all while warning those of us who are actually going to be covering the event to be careful about putting out inaccurate reporting. Incredible."

When Collins responded that white nationalists were at least attempting to "co-opt" the event, Gutowksi replied: "I agree there is a danger of extremists co-opting the event but can't you see how labeling it a 'white nationalist rally' when that isn't the case literally accomplishes goal that for them? ... Would you label the Women's March an anti-semitic rally because anti-semites have tried to coopt it?"

The Virginia Capitol building surrounded by fencing this past Thursday in preparation for Monday's rally by gun-rights advocates. (Dean Hoffmeyer/Richmond Times-Dispatch via AP)

Cam Edwards, a podcast host and gun-rights activist, noted that the rally was taking place on a day traditionally known as "Lobby Day" at the Virginia Capitol, and marked an annual event in which political activists could petition their government.

"Speaking of propaganda and made-up stuff, Lobby Day isn't a 'white nationalist rally,' but an annual event for Virginians to lobby lawmakers," Edwards said. "Is this the type of coverage we should expect from NBC News?"

Collins previously had charged that "white radicalization is a public health crisis," arguing that "the president and his coterie pretty overtly sympathize with some white nationalist ideals and leaders."

And last year, Collins claimed to unearth the right-wing conspiracy underlying the "learn to code" meme, in which internet users mocked journalists by implying they should obtain more meaningful jobs if they want job security.

Neither Collins nor NBC News immediately responded to Fox News' requests for comment.

Meanwhile, threats of violence, including claims of a militia storming Virginia's Capitol and protesters weaponizing drones, have put federal and state officials on high alert ahead of the rally.

Thousands of people across the country are expected to show up as part of a demonstration demanding state Democrats drop a push for comprehensive gun control in the commonwealth.

The fear of violence has spread quickly and has led to heightened security, road closures and a ban on firearms in the Capitol and on its grounds. An event memorializing victims of gun violence, including one honoring the Rev. Martin Luther King Jr., was canceled due to safety concerns. The Federal Aviation Administration has banned drones within a 2-mile radius of the Capitol and nearby students at VCU and the Medical College of Virginia have been encouraged to stay indoors.

"It's the Democrats," he said. "It's almost like they want something to happen. It sounds crazy, but they keep doing it and you have to start wondering if that's intentional."

He also said membership in his organization has tripled in the past six weeks and that 10,000 people have signed up for free email alerts. He attributed the spike in popularity to Gov. Ralph Northam and Democrats in the state legislature. Van Cleave said they essentially had "declared war on gun owners" and he was counting on gun-rights advocates to show up Monday to have their collective voices heard.

Jaylynne Sensy, a mother of three from Chesterfield County, told Fox News she's planning on coming to the rally and bringing her three children with her. 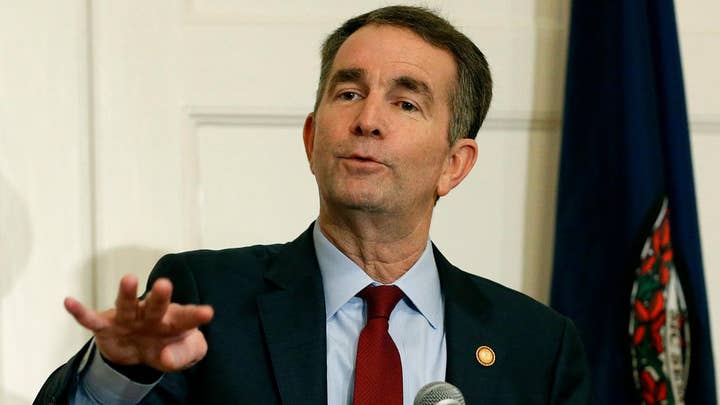 Following his reelection, Northam vowed to push through new gun-control measures, saying it was a top priority for Virginia Democrats. In doing so, he angered many gun-rights advocates who said he was trying to take away their rights.

Last week, four gun-control bills advanced in the General Assembly, setting the stage for a contentious showdown between gun-rights advocates and the left-leaning lawmakers who campaigned on bringing changes to the state following last year's mass shooting at a Virginia Beach municipal complex. 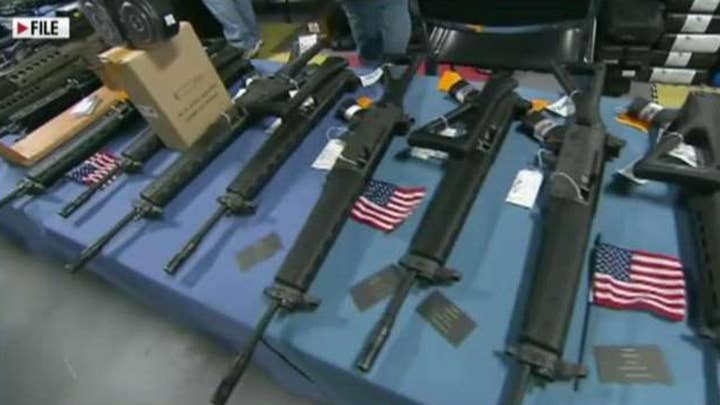 In a symbolic sign of defiance, more than 100 municipalities in Virginia have designated themselves as safe havens or sanctuaries for the Second Amendment. Lawmakers and other officials in those areas have said they will refuse to enforce new gun control laws the Virginia Legislature may pass.

Monday's rally comes about 2 1/2 years after a deadly incident in Charlottesville, Va. In that case, hundreds of white nationalists and their supporters gathered in Charlottesville -- about 70 miles from Richmond -- to demonstrate over plans to remove a Confederate statue. They were met by counter-protesters and violence quickly erupted. At one point, a vehicle drove into a crowd of counter-protesters, killing one and injuring more than a dozen others.

Fearing a similar scenario, Northam declared a state of emergency ahead of Richmond's rally. He also banned firearms and other weapons on the Capitol grounds.