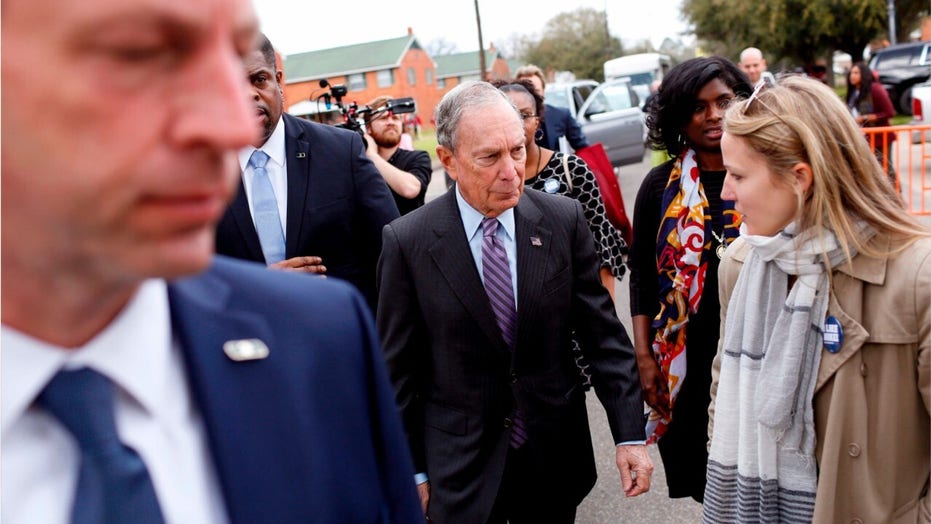 Democratic presidential hopeful Mike Bloomberg’s eating habits are being called disgusting. Video of him eating a pizza has gone viral for the wrong reasons. It showed him licking his fingers while eating part of a communal pizza.

Democratic presidential hopeful Mike Bloomberg was roasted on social media on Tuesday after a viral video showed him licking his fingers while eating part of a communal pizza amid global concerns about the spread of coronavirus.

“Truly disgusting! Also shows that #Bloomberg has never been around other people in a communal work space,” Donald Trump Jr. wrote. “The fact that he and his ‘influencers’ put this out thinking it normalizes him is even scarier.”

Mike Bloomberg was roasted on social media on Tuesday after a viral video showed him aggressively licking his fingers while eating part of a communal pizza.

The video, which was apparently first published by Bloomberg’s Snapchat account, went viral when a parody Twitter account shared the video. The former New York City mayor is seen removing the crust from a pizza, putting part of it back in the box and then licking his fingers. The original video was captioned: “When in doubt, rip the crust off.”

JAMES CARAFANO: NORTH KOREA’S CORONAVIRUS PROBLEM AND HOW THEIR SECRECY WILL MAKE IT WORSE

President Trump later joined in the mocking, saying on Twitter: "Mini Mike, don’t lick your dirty fingers. Both unsanitary and dangerous to others and yourself!"

Ironically, Bloomberg tweeted instructions on how to prevent the virus from spreading on Monday; the 2020 presidential hopeful’s finger-licking actions seem to contradict the message that included tidbits such as “wash your hands frequently.”

A Bloomberg spokesperson did not immediately respond to a request for comment.

Bloomberg was quickly condemned across social media for the act:

When Bloomberg isn’t being accused of helping spread germs, he’s been outspoken when it comes to coronavirus fears.

During a Fox News Town Hall in Manassas, Va., on Monday evening, Bloomberg said he plans to eat at a Chinese restaurant very soon to show solidarity against overblown domestic fears of a coronavirus pandemic -- which originated in Wuhan, in China's Hubei Province.

"I thought to myself tonight, 'I'm going to go to a Chinese restaurant' -- it actually turns out I can't -- but I will do it tomorrow night just to show the flag and help them," he said.

Bloomberg has also criticized the appointment of Vice President Mike Pence to lead efforts against coronavirus.

Washington state has reported three new deaths of patients with confirmed coronavirus, bringing the total number of fatalities linked to the virus in the U.S. to nine.