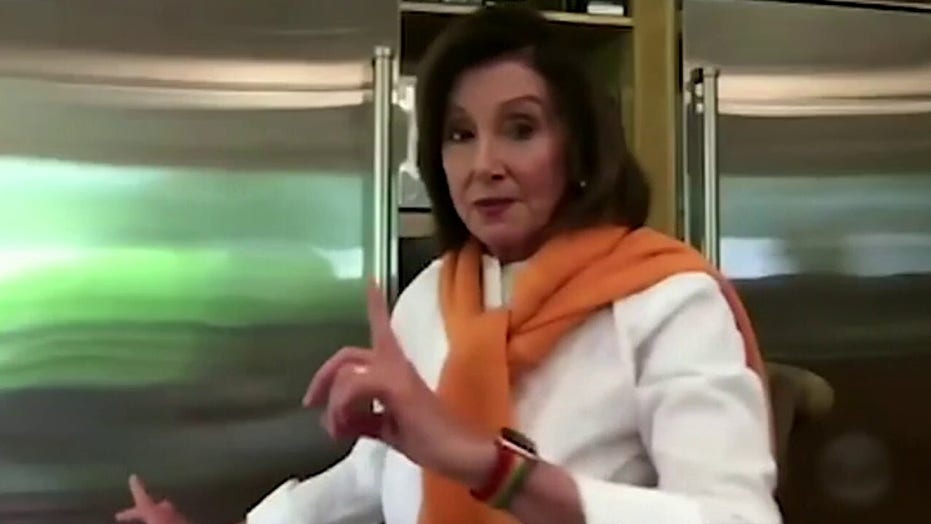 The Trump campaign paints House Speaker Nancy Pelosi as out of touch for touting her love of expensive ice cream during the pandemic; Fox News contributor Jason Chaffetz reacts.

"I thought this ad was a kill shot," McCain said on Tuesday.

The ad juxtaposed Pelosi showing her freezer full of ice cream with news that Americans were waiting for "hours" at food banks. It also highlighted how Democrats rejected a coronavirus relief package.

AOC CELEBRATES OIL CRASH IN NOW-DELETED TWEET: 'YOU ABSOLUTELY LOVE TO SEE IT'

At one point, a man says "right now, it's survival mode." In the following clip, Pelosi says: "I don't know what I would have done if ice cream were not invented." It ends with a spoof quote, playing off of one attributed to former French Queen Marie Antoinette. "Let them eat ice cream," the quote reads, before citing "Nancy Antoinette."

On Tuesday, McCain added: "It’s not the ice cream that's in her fridge. It’s the fact that she’s standing behind giant refrigerators, multiple ones that cost $24,000 each."

She also responded to "View" co-host Joy Behar, who had suggested Republicans should look at President Trump's refrigerator given how wealthy he was.

"You’re right, Joy, politicians are wealthy, Trump is wealthy, but I think in this specific moment, optics are narratives. I don’t make the rules of politics. This is just how it works," McCain said.

McCain also noted how the ad showed Pelosi "joking" about rejecting the stimulus package. She was referring to a portion where Pelosi said, smiling: "They were asking for a quarter of a trillion dollars within 48 hours and I said, 'Well, I don't think so.'"

"Trust me when I say this, it will play very well in the middle of the country," McCain said.

She also pointed to how Rep. Alexandria Ocasio-Cortez, D-N.Y., seemed to celebrate the depreciation of oil amid the coronavirus pandemic.

"She’s a very smart woman," McCain said of Ocasio-Cortez. "She has an economics degree from Boston College. She understands if oil prices are lower, it is not going to make the American public more inclined to support the Green New Deal. It’s going to make people want to buy cheaper oil prices.

"So I don’t really understand what this narrative is, but Democrats need to be very, very careful and I said this yesterday, on how they are treating and talking about people who are jobless and unemployed and going hungry in this country right now and you have the two arguably most famous Democratic women in the country, I think, botching a major, major conversation right now."