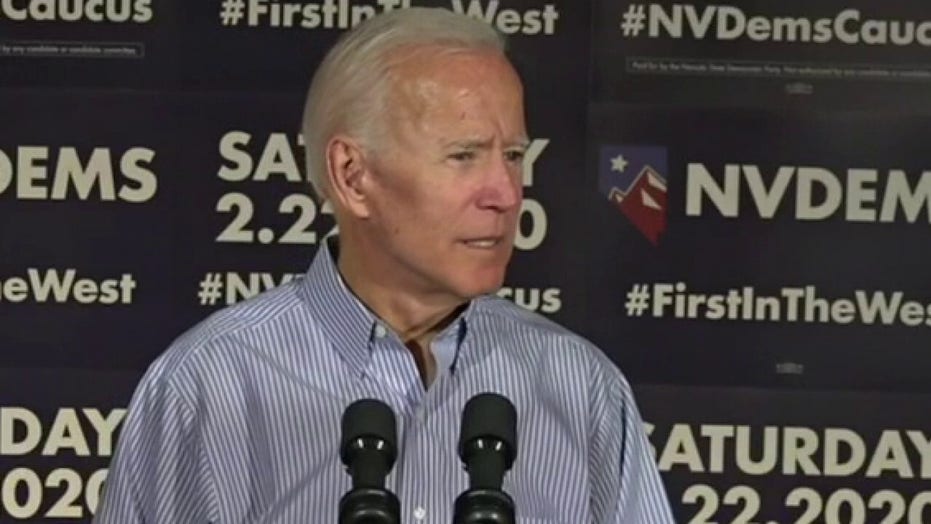 A new report revealed legal problems and allegations of possible fraud involving former Biden's brother, James, on Monday – but anyone who relies on the mainstream media would have no idea.

In the latest instance of the Democratic primary front-runner’s family members’ dealings drawing scrutiny amid his presidential bid, James Biden’s business with medical companies – including Americore Health – led to allegations that he potentially engaged in fraud and traded on his brother’s name, Politico reported early Monday.

CNN and MSNBC completely ignored the story on air through Tuesday afternoon. ABC, NBC and CBS skipped the story on their evening and morning newscasts, too.

Several prominent members of the mainstream media have been accused of favoring Biden over Sen. Bernie Sanders. The Media Research Center’s NewsBusters, which first reported that network newscasts have skipped the story about Biden’s brother, wrote that “nets are doing their best to bury the scandal.”

James Biden reportedly convinced Americore that he could use his political clout to deliver a significant influx of cash in the form of an investment from the Middle East and even convinced the company to take on financial burdens including a six-figure loan to James that he has yet to repay.

James Biden, Americore and Americore founder Grant White are among those now facing a lawsuit from medical companies in Tennessee federal court accusing them of fraud over alleged promises made. Biden and the other defendants have denied any wrongdoing, but the plaintiffs last month reportedly said in a court filing that they were willing to drop their claims against White, who had provided exculpatory evidence as well as information that further implicated Biden and others.

James Biden’s attorney, George Mesires, did not immediately respond to a request from Fox News for comment.

James Biden is the latest member of the Biden family whose business ventures have surfaced as Joe Biden progresses towards possibly becoming the Democratic presidential nominee.

The former vice president’s son Hunter made national headlines after President Trump asked Ukrainian President Volodymyr Zelensky to assist an investigation into Joe Biden's role ousting a prosecutor who had been looking into Ukrainian energy company Burisma Holdings where Hunter had a lucrative board position. Joe Biden has admitted to being instrumental in the termination of the Ukrainian prosecutor but insists it had nothing to do with his son. Trump’s discussions with Zelensky led to his impeachment – and subsequent acquittal – while Hunter Biden remains of interest to Senate Republicans looking to further investigate the matter.

Donald Trump Jr. recently challenged Hunter Biden to a debate about who has made more money off their father’s elected office.