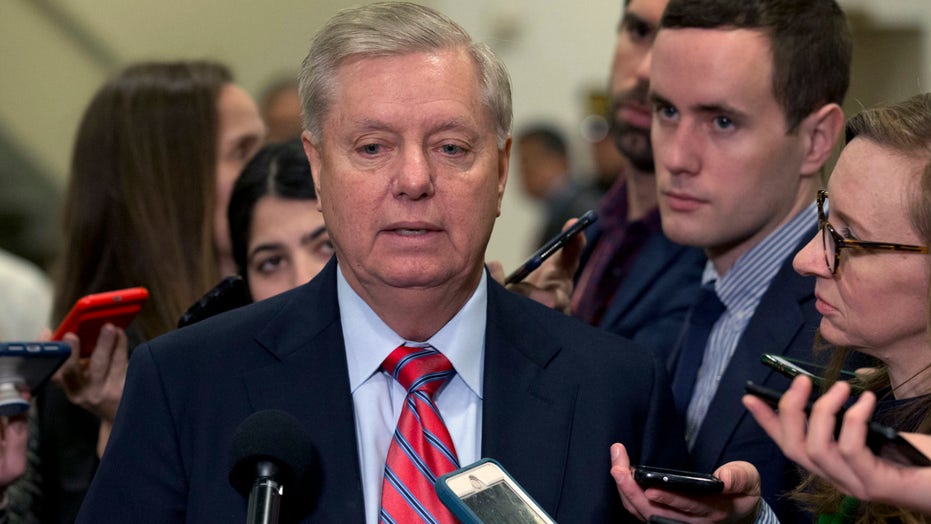 Sen. Lindsey Graham, R-S.C., said Tuesday that former National Security Adviser John Bolton has "kind of thrown the country into a ditch" after The New York Times reported on allegations made by Bolton against President Trump in the manuscript of Bolton's forthcoming book.

"So, John, you've kind of thrown the country into a ditch here. Just come forward and say what's on your mind. Hold a news conference and we'll consider what you've got to say if you think is that important," Graham said on "The Story with Martha MacCallum." "But from my point of view, I've got all the evidence I need. The only reason we're in this box is because the House chose not to pursue John Bolton's testimony because that meant they couldn't impeach the president before the election or before Christmas."

Graham said he was optimistic that the Senate would vote to bring the impeachment trial to an end on Friday and called the case brought by Democratic impeachment managers "the weakest case you'll ever see in the history of the country."

"It was a partisan vote in the House. And what's happened? The president will be acquitted," Graham said. "And I think it will be this week. But you've unleashed the forces of partisan Capitol Hill on future presidents if we legitimize this."

The senator warned that if Democrats continue their pursuit of witnesses, including Bolton, he will ask for the testimony of former Vice President Joe Biden and his son Hunter, among others who allegedly were involved in Ukraine corruption.

"By now I want to prove to the country that there was ample reason to believe that Hunter Biden was corrupt and what he did in the Ukraine was against America's interests," Graham said. "I want to call Joe Biden and say, 'Why didn't you follow up when you were told about your son's conflict of interest?'"