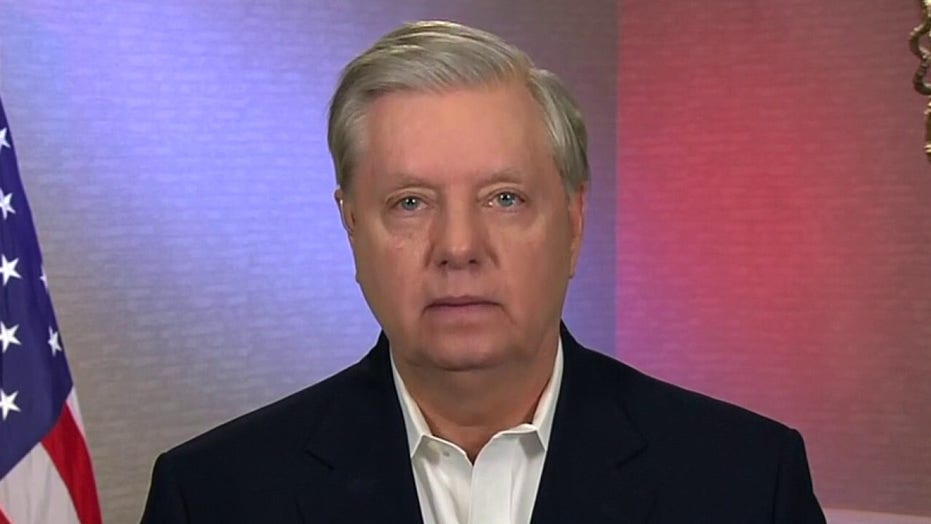 South Carolina Sen. Lindsey Graham, chair of the Senate Judiciary Committee, tells Sean Hannity that he expects a bipartisan pushback against China to punish them so severely that it will deter them in the future.

"The first thing I want to do is get the United States Senate on the record, where we we don't blame Trump, we blame China," Graham said. "The Chinese government's responsible for 16,000 American deaths and 17 million Americans being unemployed."

Graham added that he wanted to cancel some U.S. debt to China and move the medical supply chain back to America."It's the Chinese government and the way they behave that led to this pandemic," he said. "This is the third one to come out of China. I want to make our response to this so overwhelming that China will change its behavior," Graham said.

Turning to the topic of when to reopen segments of the economy, Graham told host Sean Hannity "the road to recovery is through testing labs."

"There's two kinds of tests: Do you have it, or have you had it? A lot of people had it, [and] don't know it," he said. "We need to test them, get them back to work, because they are good to go, and we need mass tests to show that. We don't have it right now."

The senator added: "We're turning the corner on testing. We're going to get the economy back open safely, and the way to do it is to have a testing regime that allows people to go back to work safely.