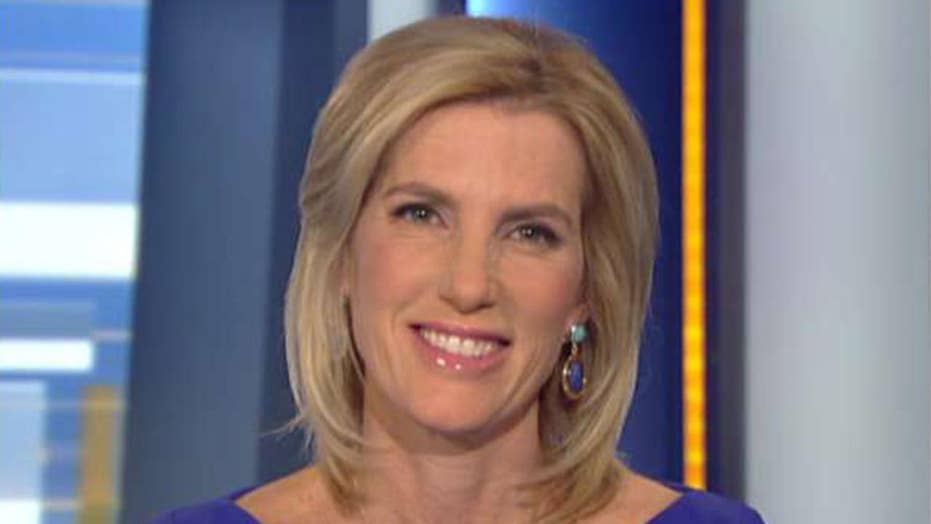 Democrats never intended to bring the impeachment of President Trump to trial.

Laura Ingraham criticized House Speaker Nancy Pelosi, D-Calif., and House Democrats for their impeachment effort and for refusing to send the articles of impeachment to the Senate.

"I think one can make a fairly decent argument that the president wasn't really even impeached, at least not yet," Ingraham said on "The Ingraham Angle" Thursday. "And why am I saying that? Because Nancy and the gang ran out of town without even naming impeachment managers and without sending the articles to the Senate."

TRUMP BLASTS REP. CAROLYN MALONEY OVER IMPEACHMENT VOTE: 'GIVE ME BACK THE DAMN MONEY'

"In the end, it was a pretend impeachment because it didn't pass Pelosi's own previously stated test," Ingraham added. "It wasn't bipartisan."

The host ripped Pelosi for her reasoning behind not continuing the impeachment process.

"Did she just wake up today and realize that [Mitch] McConnell was the majority leader? Or did she lose her copy of the pocket constitution?" Ingraham asked jokingly. "The Senate has the sole power of impeachment. She doesn't get to dictate its rules for an impeachment trial, or anything else for that matter."

Ingraham argued that Pelosi owed it to the American people to send the articles to the Senate.

"She's not even going to tell America what her demands are for a Senate trial. She just did this fake impeachment yesterday," Ingraham said. "She's gonna run out of town. How convenient. Again, it's all fake."

Ingraham speculated that Pelosi never intended to continue with the process, using Wednesday's impeachment vote to placate the "far-left" members of her party before shelving the issue in order to save her vulnerable moderate members.

"Democrats never intended to bring this case to trial, as Pelosi stated last spring. Impeachment is only warranted when both parties agree on the gravity of the underlying accused conduct," Ingraham said. "This fruitless, corrosive exercise was Pelosi's attempt to throw a bone to the party's hardcore radicals and protect her members from being primaried by them."