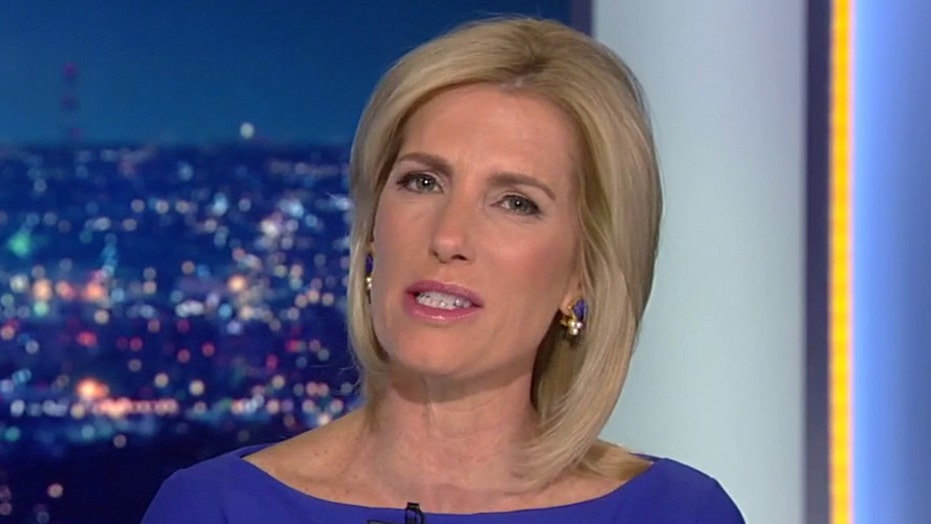 Democrats may delay trial to help Biden in Iowa and hurt Trump ahead of the State of the Union.

Laura Ingraham called out some major players Friday for their actions related to the Senate impeachment trial of President Trump.

"All of them, when you think about it, in their own way, are very angry people," Ingraham said. "They cling reflexively to an ideology that most people just don't relate to anymore."

"All of them, when you think about it, in their own way, are very angry people. They cling reflexively to an ideology that most people just don't relate to anymore."

Ingraham called Romney "bitter" about his failure to win the presidency after he captured the Republican nomination nearly eight years ago.

"2012 is over, Mitt," Ingraham said. "Don't punish Trump or the rest of us for your own weakness as a candidate."

Ingraham then took aim at the Democrats.

"Trump today triumphed over the unfair, unjust and politically motivated witch-hunt but the Democrats cannot accept defeat," Ingraham said. "As we've told you time and again, when they lose, they call everything that happened before illegitimate."

Ingraham put forth that Democrats were trying to extend the impeachment proceedings because they've been unable to get the results they've been seeking.

"Sure, the gang are deeply bitter, selfish and self-aggrandizing people," Ingraham said. "They're bitter once again because Trump has beaten them at their own game."

The host also went after Schumer for suggesting that Trump would cheat to win the 2020 election.

"If this president is interfering in the elections, elections may not have a fair result. Very few people doubt that he would do it again and again and again," Schumer said. "He's already tried several times."

"No, Chuck, it's you and Schiff and the entire Democrat gang who are putting your fingers on the scale for the Democrat establishment," Ingraham countered. "But the American people see right through you."