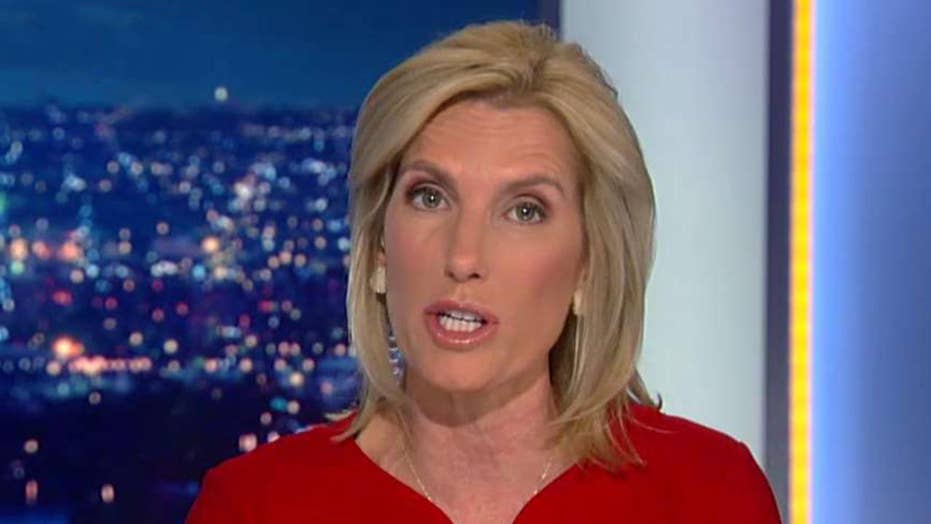 Laura Ingraham questioned how Department of Justice Inspector General could come to the conclusion that there was no political bias in the review of the origins of the FBI's Russia investigation and the issuance of Foreign Intelligence Surveillance Act (FISA) warrants for a Trump campaign official.

"How can you determine there was no political bias and the FBI is handling the Russia probe?" Ingraham asked Monday on "The Ingraham Angle."

"It defies not just common sense, but the evidence, as Horowitz himself developed," Ingraham added. "Nevertheless, Horowitz gave Democrats the talking point they craved."

Ingraham criticized the FBI and warned Democrats they should be worried.

"The FBI you love was trolling for damaging information, trolling for sources, trolling for anything to fuel the phony Russia theories that were cooked up long before the summer of 2016, "Ingraham said. "Democrats should not breathe a sigh of relief tonight."

"The bottom line is that the forthcoming Durham report, which the attorney general has been assisting him on, is far more comprehensive in scope," Ingraham said. "We're gonna learn, I think, a lot more in the coming months. And despite the Democrat talking points and the facile coverage today, this IG report has provided us with a partial view of the corruption at the FBI and the politicization of the 'Deep State.'"