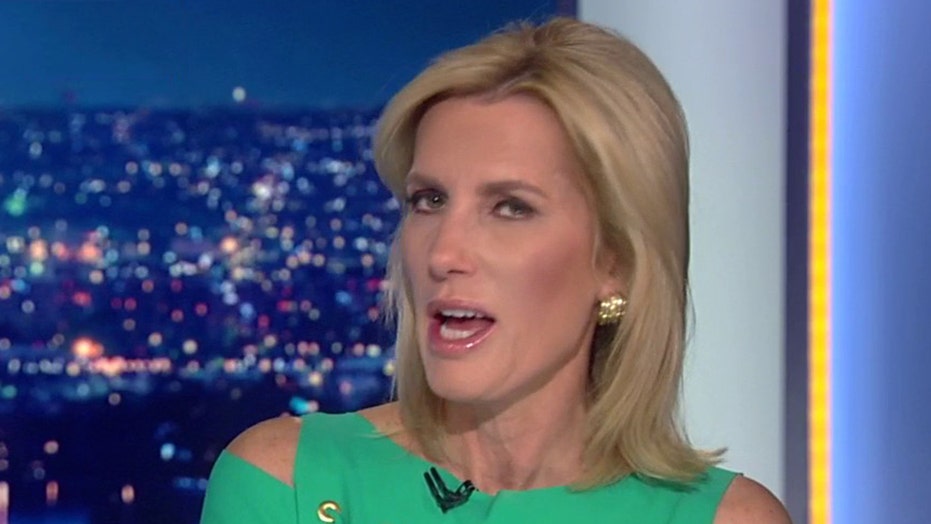 Democrats will challenge any favorable outcome for Trump.

Laura Ingraham tore into the Democrats Thursday, criticizing them for their tactics as they begin to accept that President Trump will likely be acquitted in the Senate impeachment trial.

"They never considered him a legitimate president. They couldn't allow themselves to," Ingraham said on "The Ingraham Angle." "Well, after all, if a man with zero political experience could take down the Clintons, the Obamas, the Bushes, the entire media establishment in a legitimate election, well, what would that have said about the Democratic brand?"

Ingraham went after Democrats for discounting the impeachment proceedings, calling them unfair and claiming the president would "never" be acquitted.

"So the Democrat position, just so you understand, is that any acquittal in a trial where they didn't get their way is illegitimate. It's a classic 'heads-I-win, tails-you-lose' scenario. It's so predictable -- and don't buy for a second," Ingraham said. "The argument that this is all about witnesses or documents -- it's not. This is about power. If two or three or ten witnesses were followed by an acquittal of Trump, you'd still hear Nancy [Pelosi] and Kamala [Harris] challenging the outcome. This is how the Democrats always play the game."

"The Democrat position ... is that any acquittal in a trial where they didn't get their way is illegitimate. It's a classic 'heads-I-win, tails-you-lose' scenario. It's so predictable -- and don't buy for a second."

The host also blasted House impeachment managers Adam Schiff, D-Calif., and Jerrold Nadler, D-N.Y., for their roles in the proceedings.

"If anything is illegitimate, it's what Adam Schiff, Nadler and the whole crew did in the House of Representatives, courtesy of a whistleblower no one can question and an IG whose transcript no one can read," Ingraham said.

Ingraham gave viewers a preview of the future.

"Well, anyone and everyone knows how this movie ends. The president will not be removed from office and the Democrats will continue wasting precious time and our money attempting to entrap him or just smear him until the election," Ingraham said. "In calling Trump and his forthcoming acquittal illegitimate, the Democrats are kettles calling the pots black. With each crazy utterance, they degrade their diminished credibility and expose their own abuse of power."