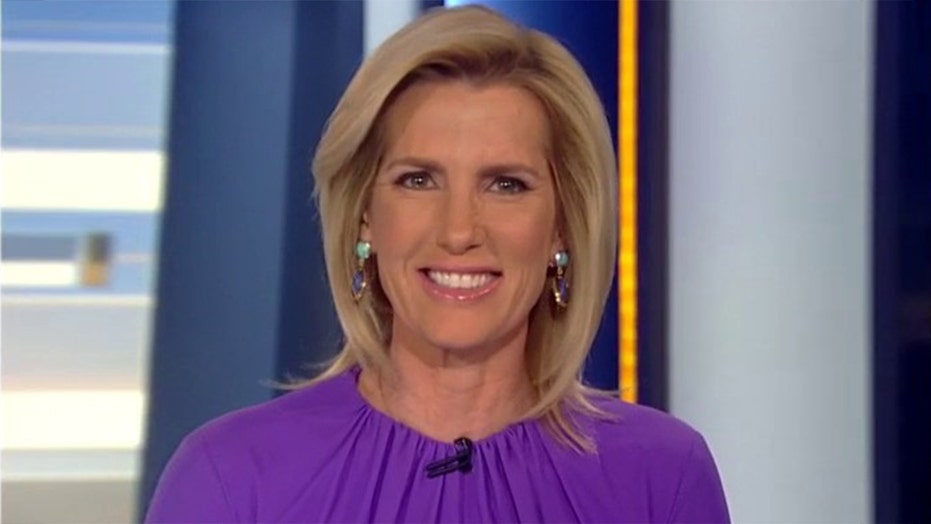 Forgetful Biden shuffled around by staff.

Laura Ingraham warned that former Vice President Joe Biden's strong showing Tuesday night was yet another attempt by the "swamp" to take power back and deliver the country to the establishment.

"After three years of grassroots liberals and blue-collar Democrats telling party leaders they wanted real, even radical change. The Democrat establishment basically answered with we don't care," Ingraham said on "The Ingraham Angle." "The fact is the swamp, the deep state, many on Wall Street and big business, they've all been waiting for their moment to seize back power from the people."

Ingraham had strong criticism for Biden and his ability to lead, citing his age as a problem.

"In fact, the liberal media are forever bemoaning the fact that Trump doesn't listen to the experts enough," Ingraham said. "But everyone knows, including all those big names who've just endorsed Biden, that he's just going to be a figurehead president."

The host blasted the Democratic Party for electing to go "backward."

"Twelve years after Obama came to power, the Democrats have decided to go backward, not forward, with this Biden rescue mission," Ingraham said. "So much for there being the party of the future."

Ingraham warned the audience that the Democrats wanted the "status quo" back.

"The Democratic machine that ground up Bernie Sanders after the Nevada caucuses wants nothing more than to go back to the status quo," Ingraham said. "To the world where you sit down, shut up and work to fund a government that, for the most part, doesn't like you and doesn't trust you."