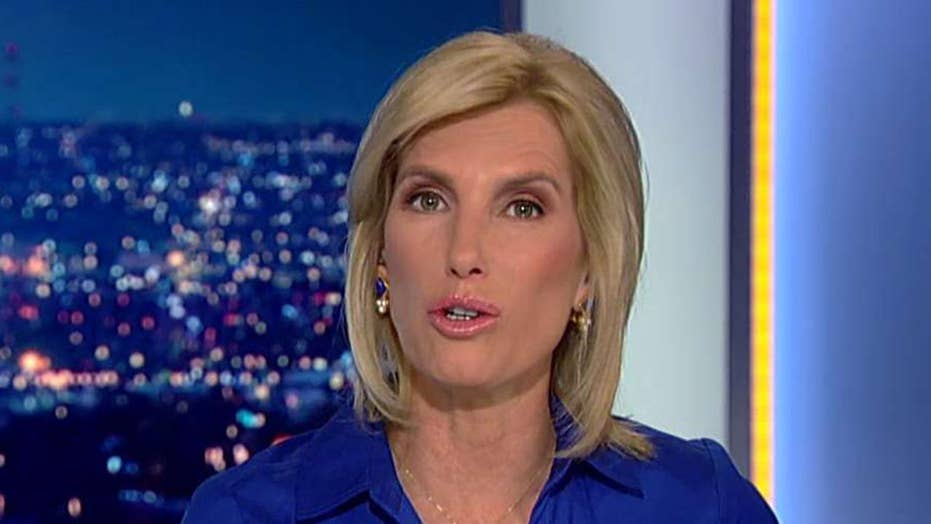 Ingraham: Impeaching to the choir

Laura Ingraham lambasted Democrats Monday night for putting politics above the interests of the country, specifically for scheduling an impeachment inquiry hearing while President Trump is meeting with members of NATO.

"Now, one would think that Congress, regardless of party affiliation, would want the president at this important meeting focused on the issues at hand," Ingraham said on "The Ingraham Angle." "There are a lot of big issues facing the alliance and that they would want him there unencumbered by extraneous partisan matters. Right?"

"Of course, they're using this moment, the resistance media, to endlessly hype an impeachment that will never result in a conviction," Ingraham added, criticizing the media's role in the Democrats impeachment agenda. "Never."

Trump blasted Democrats on Monday for launching the next phase in their impeachment inquiry just as he was scheduled to be overseas at a NATO meeting.

The president voiced his displeasure Monday as he left Washington for London on the scheduled trip -- one that created an obvious scheduling conflict when House Judiciary Committee Chairman Rep. Jerrold Nadler, D-N.Y.,  invited Trump to participate in his committee's first impeachment hearing on Wednesday. The president has declined the offer, and suggested Monday that Democrats were well aware of the timing.

Ingraham said Democrats were "blinded by their Trump hatred" and that "they won't even agree to support policies at this point that will help their own constituents."

The host called out Democrats for their actions and their lack of accomplishments.

"For the past year, they've been in power, the House Democrats, and what have they done? They've tried to just distract you from the results of this presidency," Ingraham said. "A booming economy, record high stock markets, record low unemployment and growing wages."