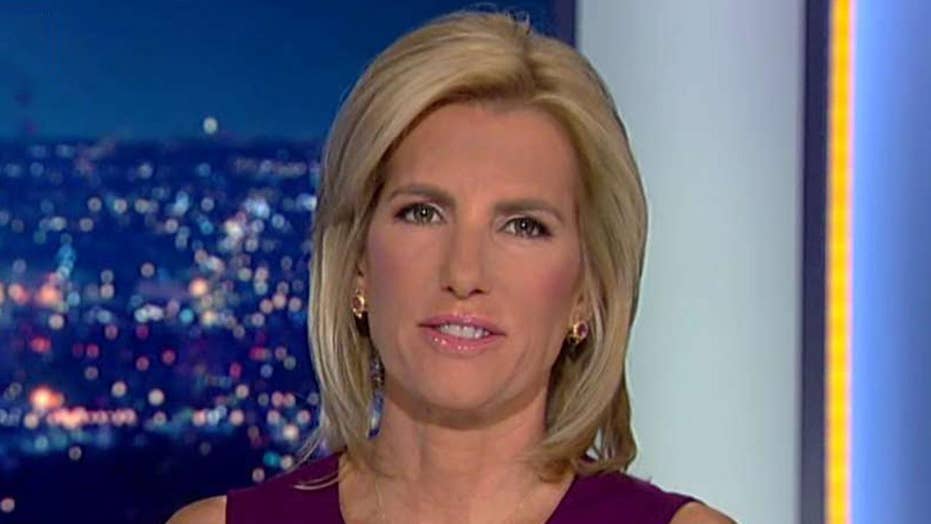 "Every day American workers should think, 'Thank the Good Lord that we have a president who actually gets it," Ingraham said on "The Ingraham Angle."

"We have a tight labor market. That means wages are going up. We have more deregulation. That frees up businesses to grow and hire, gives them a lot of incentives. We have lower taxes. That means you keep more of your own money to spend it as you see fit."

Ingraham argued that Democrats don't trust Americans and want more control over them and are more concerned with impeachment.

"The Democrats just don't trust your judgment. They want more control over almost every major decision you make," Ingraham said. "They're also, of course, trying to impeach a president on ... a nothing phone call, hearsay, conjecture. During one of our greatest economies in the past half-century."

"The Democrats just don't trust your judgment. They want more control over almost every major decision you make."

Ingraham blasted Democrats for rooting against the president, saying Americans would stay focused on what reallly matters.

"The Democrats aren't mad because President Trump's policies aren't working, they're seething because they are," Ingraham said. "How sad for them and their carnival act of a party."

"But for the rest of us, we're gonna keep working hard and playing hard," Ingraham added. "We're gonna be counting our blessings and staying focused on what really matters, especially this time of year. Faith, family and our country."