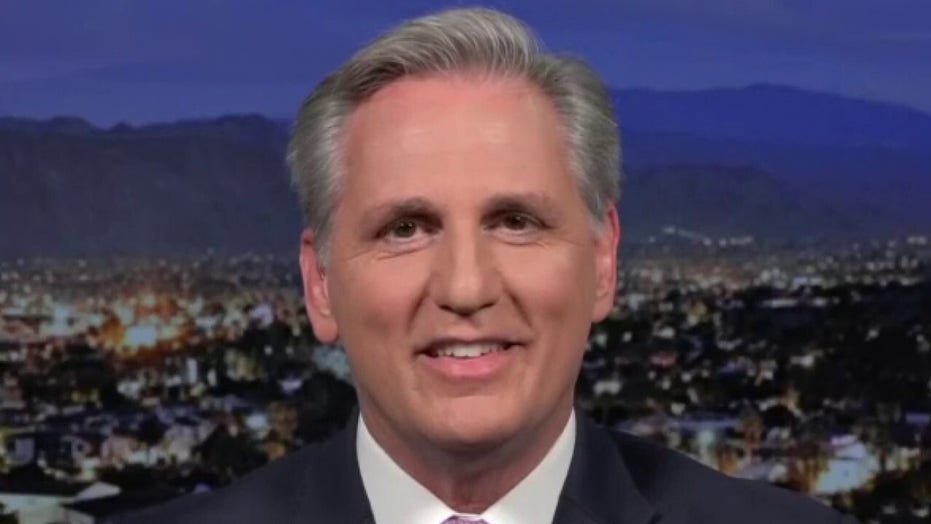 The American people deserve leaders who will work day in and day out for them, says House Minority Leader Kevin McCarthy.

House Minority Leader Kevin McCarthy, R-Calif., told "The Ingraham Angle" Tuesday that it is wrong for Democrats to effectively keep the House of Representatives out of session for the near future.

"I think the American people deserve leaders who will work day in and day out for them," said McCarthy, who explained that he had sent House Speaker Nancy Pelosi, D-Calif., a letter suggesting safe ways to keep Congress open, including holding sessions in a larger auditorium and only calling back certain committees and certain members.

HOYER REVERSES COURSE, SAYS HOUSE WILL NOT RETURN NEXT WEEK

"The subcommittees could be in there [and] have the rooms to themselves, get the work done, and then bring the rest of Congress back to vote on those [bills]," McCarthy said. "I don't understand. The Democrats have no plan."

Earlier Tuesday, House Majority Leader Steny Hoyer, D-Md., announced that the House would not reconvene from its Easter recess May 4, citing ongoing concern about the number of coronavirus cases in the National Capital Region.

"The House doctor was concerned because the numbers in the District of Columbia are going up, not down," Hoyer said.

McCarthy added that while lawmakers remain in their home districts, many other workers in Washington D.C. who do not have the luxury of deciding whether or not to put their safety first are still going about their jobs.

Host Laura Ingraham noted to McCarthy that even Washington D.C. Mayor Muriel Bowser had expressed disappointment that the House will not return as originally planned.

"Essential workers have to go to work," Bowser said. "Our country needs relief, our workers need relief. Hospitals, state and local governments need relief. So, the Congress needs to work on all of those things."

Senate Majority Leader Mitch McConnell, R-Ky., has said that the Senate will reconvene May 4 as scheduled.