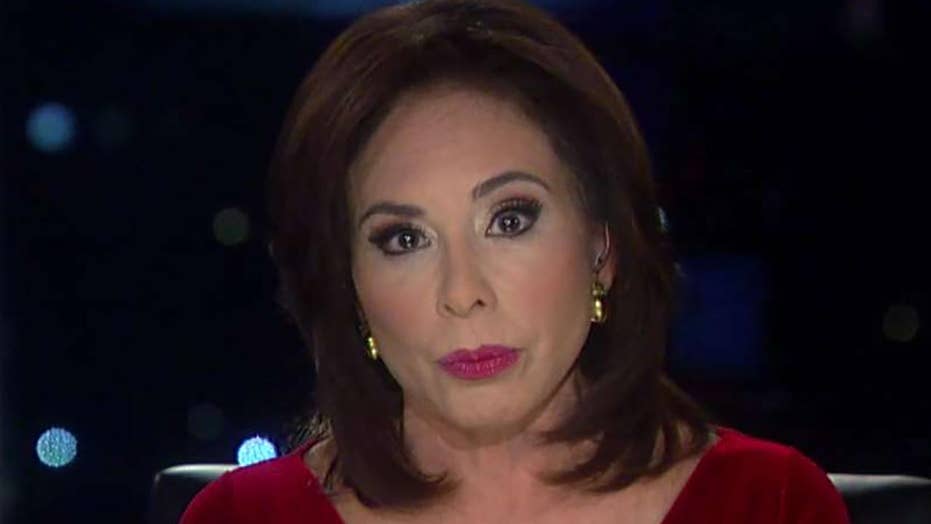 After three and a half years of venom and hate spewed by the left, President Trump had a day to defend himself.

"If the Democrats ... had their way, President Trump wouldn't be allowed to stand trial, cross-examine witnesses or even defend himself," Pirro claimed on "Justice with Judge Jeanine." "No, he would go directly to Alcatraz. But luckily, this is still America."

"After three-and-a-half years of hate and venom spewed by the left," Pirro added, "the president had a day to defend himself, this time against two articles of impeachment brought by the radical left as they continue their revenge for the loss of power in 2016."

Trump's lawyers defended the president Saturday against charges of abuse of power and obstruction of Congress -- arguing that Democrats are trying to interfere in elections by seeking to remove Trump from the 2020 ballot for doing “absolutely nothing wrong.”

Pirro, who attended the proceedings Saturday, described her experience.

"It was almost sad to hear the true facts that totally rebutted the outlandish claims of those who resist our duly elected commander in chief," Pirro said.

The host didn't hold back, calling Democrats "ruthless" and saying they put the country "through hell."

"Folks, these people simply lie. They are ruthless people. And they say the president thinks he's a dictator and a king. Folks, the only people acting like dictators are [House Speaker Nancy] Pelosi and company," Pirro said. "They decided that America should go through hell, that they would pit one American against another because they lost power. They are the dictators."