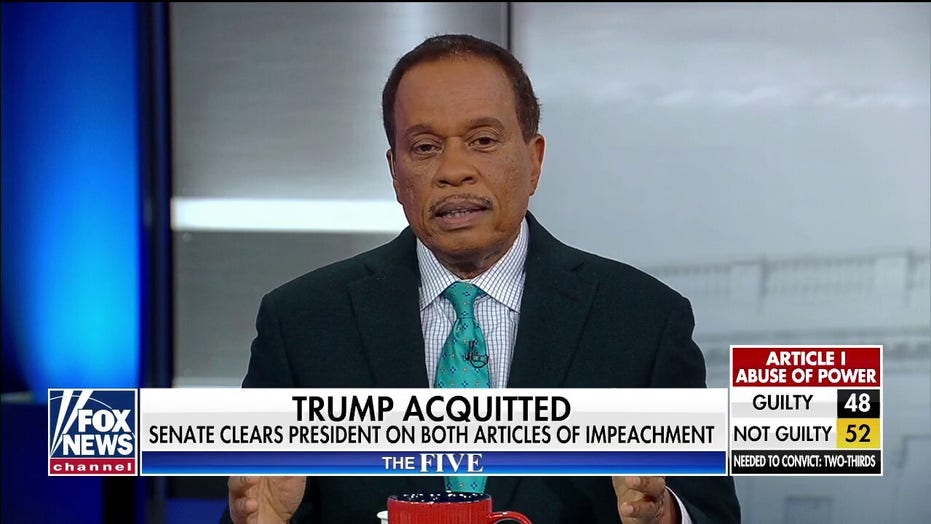 Juan Williams responds to impeachment: A 'corrupt president' who 'got away with it'

Juan Williams reacted to the acquittal of President Trump by the Senate Wednesday, saying that Trump has been revealed to be a corrupt head of state who "got away with" the act of which he was accused.

Williams said on "The Five" that impeachment did not "backfire" on Democrats as co-host Jesse Watters had posited.

Watters had said that instead of removing Trump from office, all Democrats succeeded with was damaging former Vice President Joe Biden, likely keeping the Senate out of their reach in 2020, and spiking the president's approval rating. 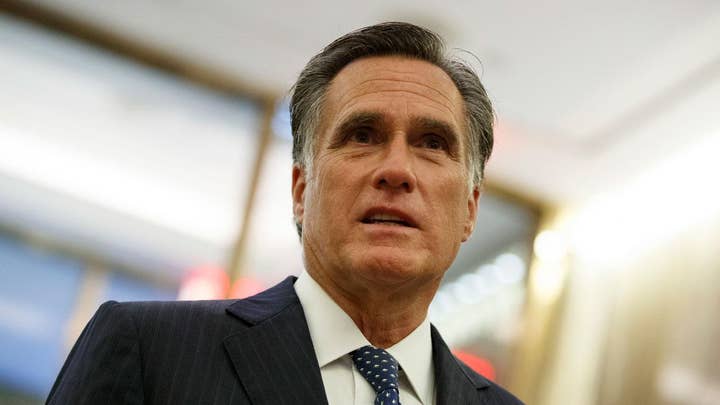 "Impeachment led most of the American people now to understand that this is a corrupt president," he said. "But they said, in essence, and this was the Republican line, 'Even if he did it, we don't think it is quite impeachable.' Wait until the election -- as if the Forefathers [Founding Fathers] didn't think about elections."

"[T]he man basically got away with it," Williams added. "This is the man [who said he could be] on Fifth Avenue shooting someone, as he's bragged, and his followers say nothing." In 2016, then-candidate Trump claimed during a rally that he could "stand in the middle" of the famous thoroughfare and "shoot someone and not lose any voters."

Williams said that several Republican senators had criticized the impeachment process, noting claims that the White House was potentially holding back documents and witnesses.

Sens. Marco Rubio of Florida, Pat Toomey of Pennsylvania, Lisa Murkowski of Alaska and Mitt Romney of Utah -- the last of whom voted to convict Trump on one of the two articles -- had been vocal in their assertion that the president did something "wrong, embarrassing [or] inappropriate," Williams said.

Of Romney, Williams said the 2012 Republican presidential nominee is a "man of principle" because he acted in a way that he knew will bring political blowback and harsh messaging from the president's Twitter feed.

"To me, what you get here is this is what Republicans in the Senate say, they just say, 'You know what, boy, we don't want Donald Trump saying nasty things about us.'"