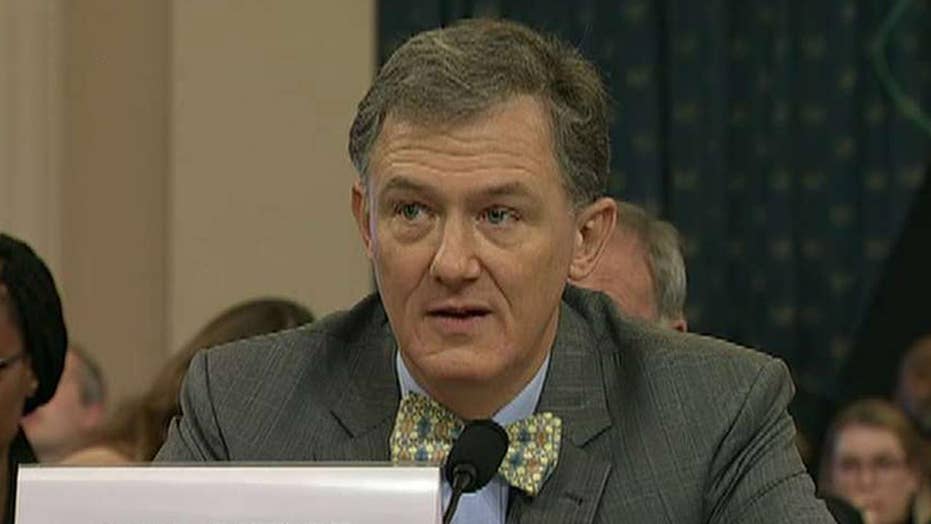 Kent during impeachment testimony: Burisma should be investigated

Juan Williams explained the problems he had with President Trump's Ukraine phone call on Wednesday, reacting to the impeachment inquiry public hearings and his colleague Jesse Watters' point that the president did nothing wrong and had every right to ask about corruption in Ukraine and Joe and Hunter Biden.

"It's so important that everyone understand there's nothing wrong with the president if he's representing the United States, saying it's in the national security interests in this country to go after corruption in the Ukraine," Williams said on "The Five." "But instead what the president's saying, 'Joe Biden. Burisma,' not because he's interested in corruption, he's interested in Joe Biden."

Diplomats testifying on the opening day of impeachment inquiry hearings  in the House delivered a stark account Wednesday of Trump's pursuit of political "investigations" in Ukraine and attorney Rudy Giuliani's alleged meddling in that country. For their part, Republicans panned the entire process as a "low-rent Ukrainian sequel" to the Russia collusion case and hit back at the claims as mere “hearsay.”

"You can't just lose the leverage of U.S. national security. It's not money. This is not a business deal," Williams said. "This is the president representing us and saying, 'I want to use American dollars to get dirt on my political opponent.'" 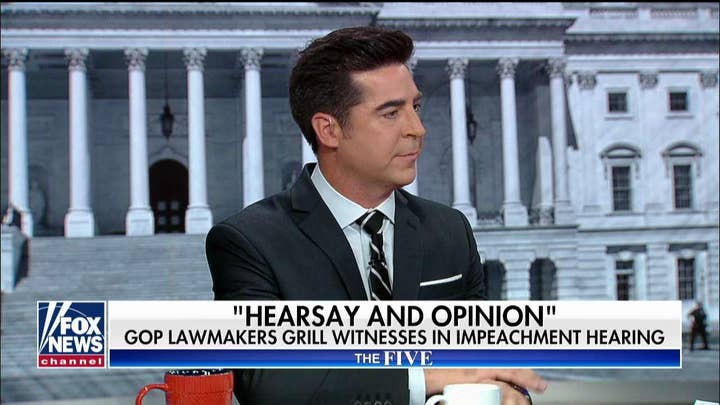 Co-host Greg Gutfeld weighed in, defending Trump and emphasizing that "leverage" is always implied when it comes to people of power and then making the point a joke at co-host Dana Perino's expense.

"The fact is you can't turn off leverage when you're a boss. It's implied whether you say it or not," Gutfeld said. "Dana, when you ask your assistant for a sandwich, you don't say, 'Can I have a sandwich or, or else?'  The 'or else' is implied because you're a monster."